Spinach from the Container Garden... and Yummy Quesadillas!

Pin It Woo Hooo!  This year's container garden is in full swing and better than ever... well better than last year, but that isn't saying much.  It's a learning process.  This year we did a little research and at least got the right sized pots.  It looks like things are working out... so far.  I better knock on wood (I'm superstitious like that), before we end up with only one edible pepper (like last year). 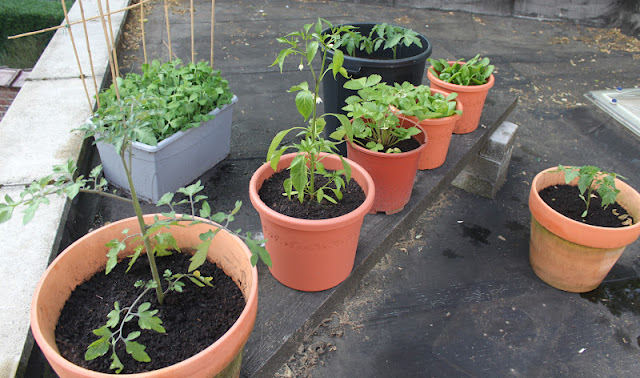 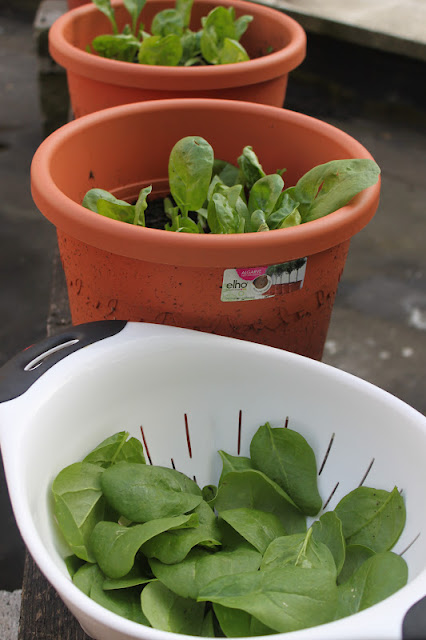 Picked fresh spinach for tonight's dinner.  As sad as it is I don't think I have ever had fresh spinach before, but it was so delicate compared to the store bought kind. 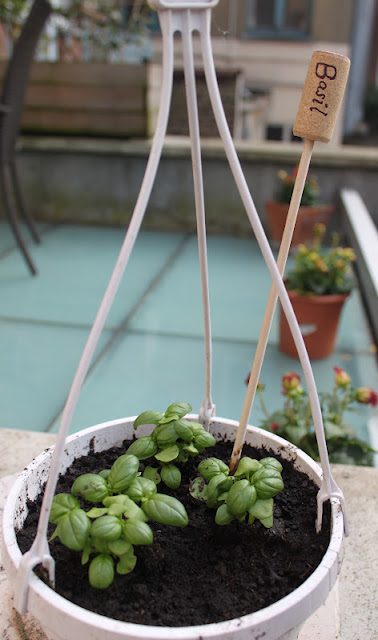 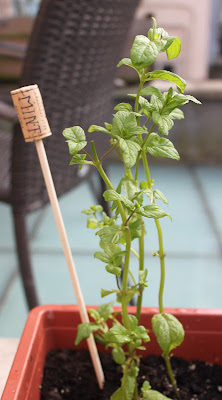 I made these little herb garden labels with wine corks as I saw on recylart.org.  As you can see, the mint plant has difficult keeping up with my mojito addiction.  Good thing we are going to Alsace Wine Region this weekend so it will have time to catch up.  We are staying in the cute little town of Colmar.   Read a lovely little article about about Colmar from Alison at Cheeseweb, a Brussels blogger,  here. Note to self:  Do more wine cork art! 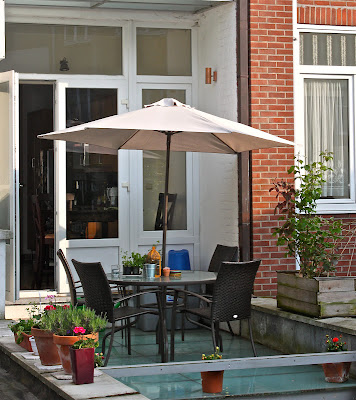 The patio is ready for long Belgian summer evenings.  It stays light until past 10 in the middle of summer...best parts of Belgian summers.  Okay, so now onto Chicken Mushroom Spinach Quesadillas.  I think this is one of my favorite meals.  It is one of the first meals I made following a recipe and I didn't mess it up, so anyone can do it.   I have also tried substituting black beans for the chicken, which was pretty good and a perfectly fine substitue if you are a veg.  If you aren't though... Chicken is the way to go. 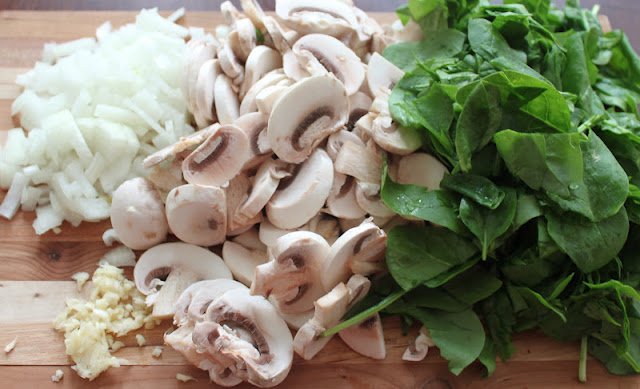 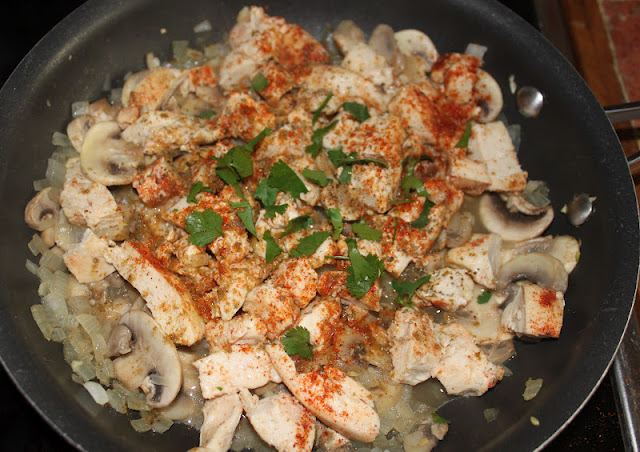 Heat a large skillet to medium with a little Olive Oil.  Sauteé onions and mushrooms for a few minutes.  Add garlic, sauteé until mushrooms are cooked through and most of the excess water has evaporated.  Add the chicken, cumin, chili powder, cayenne pepper, cilantro and squeeze of half a lime (save the other half for lazy girl pico).  Mix and cook for about 2 minutes. 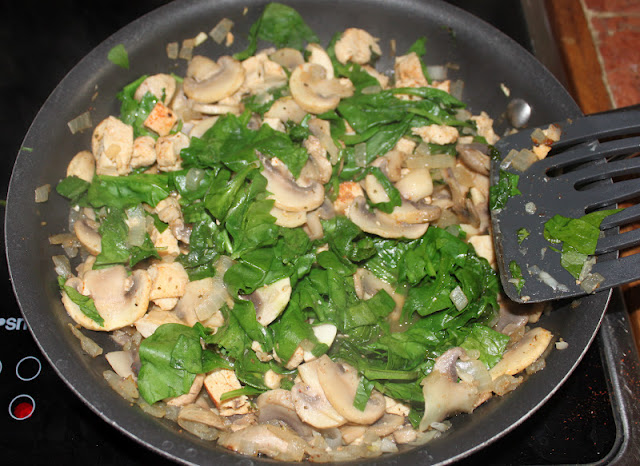 Add spinach and cook until wilted.  Remove from heat. 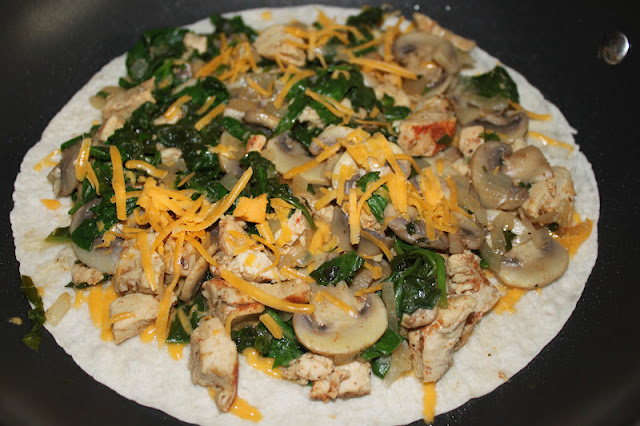 Spray a large pan with non-stick cooking spray.  Heat to medium.  Set in a tortilla, layer with some cheese, filling a little more cheese and top with another tortilla.  Cook for about 3 minutes, until tortilla had browned and flip.  Cook other side for 2 minutes or until browned.  Repeat. 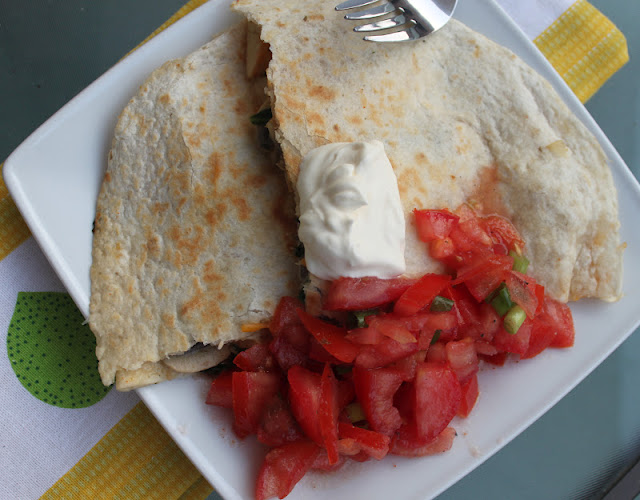 Quarter and serve with a dallop of sour cream and some lazy girl pico.  The toppings bring these flavorful quesadillas to a whole 'notha level.  So just do it.

2 organic baked and chopped chicken boobs (I seasoned mine with a little paprika, chili powder, cayenne pepper and cumin)
1 c mushrooms, sliced
1 onion, finely chopped
2 cups fresh spinach, roughly chopped
2 cloves garlic, minced
1 tsp cumin
1 tsp chili powder
1 tsp oregano
a dash of cayenne pepper
fresh cilantro, chopped (about 1 tbsp)
squeeze of half a lime
1 cup cheddar
4 tortillas (preferably whole wheat, but I can only find them at one store nearby and didn't get the chance!)

Heat a large skillet with a little olive oil to medium.  Sauteé onions and mushrooms for a few minutes.  Add garlic.  Once mushrooms are softened and most of the water has evaporated, add chicken, cumin, chili powder, oregano, cayenne, cilantro, and squeeze the juice of half of a lime over the top.  Mix and cook for about two minutes.  Add spinach and cook until wilted.  Remove from heat.  Heat another large skillet sprayed with non-stick.  Layer in a tortilla.  Top with a little cheese, the chicken mixture and a little more cheese.  Place another tortilla on top.  Cook for about 3 minutes, until tortilla has browned.  Flip.  Cook for about 2 more minutes or until browned.  Repeat.  Quarter and serve with sour cream and lazy girl pico (or the real thing if you aren't lazy)! 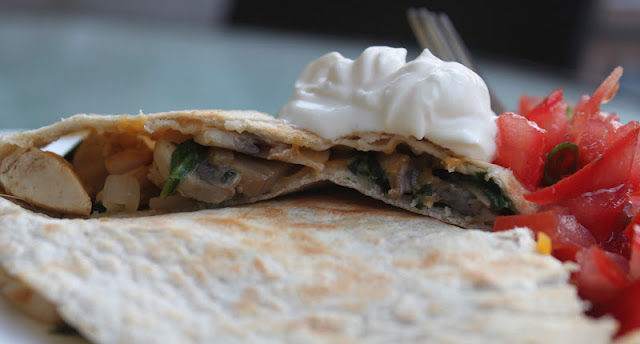 I enjoyed it, solitary on the patio. 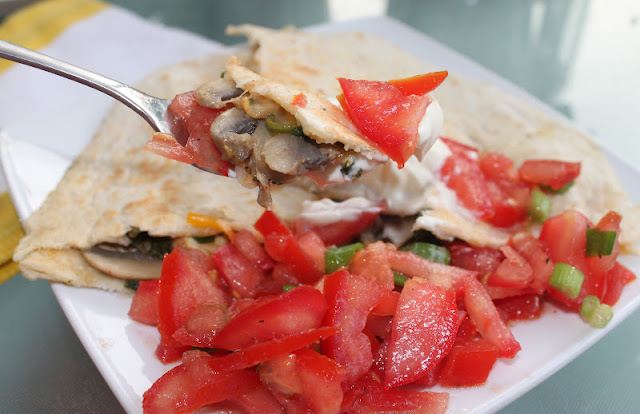 Oooooohhh it was sooo gooood.
Pin It
Email ThisBlogThis!Share to TwitterShare to FacebookShare to Pinterest
Posted by aglobetrottersfare at 10:48 PM