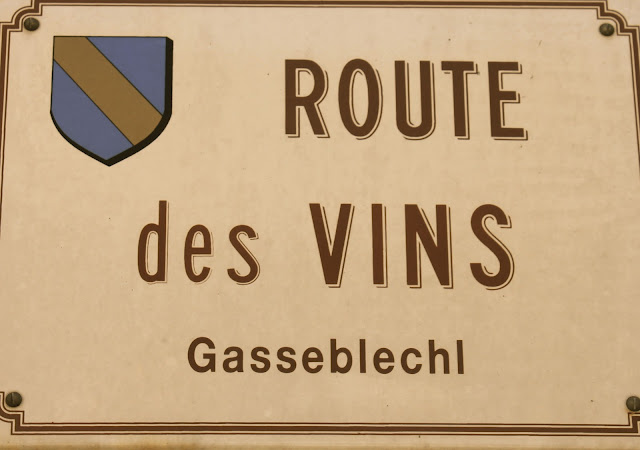 I love Memorial Day Weekend.  Normally, it's the first time we go up north for the year which means the first of many summer weekends spent on White Lake in Northern Wisconsin, my favorite place in the whole wide world.  Not to mention a Monday off is pretty much the best thing ever.  While, we weren't able to make it home this year, we did have an awesome weekend roadtrippin' through France's Alsace Wine Region, and had Monday off to boot due to the Catholic holiday of Whit Monday.  We drove on the Route des Vins, through beautiful rolling hills with vineyards as far as the eye can see, connected by one medieval village to the next and a sprinkling of old castles.  It looked and felt like a fairy tale.  Not only were the views gorgeous, the company was great and the food and wine was fit for a king.

Our first stop on the way down to Colmar, was in Obernai, where we had a light lunch.  It was an enchanting little village, with lots of shops and restaurants and colorful half timbered houses.  More than enough to entertain you for an afternoon of perusing.  From there we continued down the Route des Vins to Ribeauvillé, where we took the little tourist train through the village 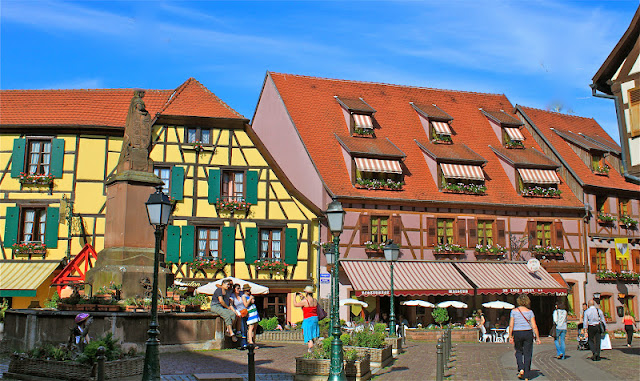 and the nearby countryside.   The countryside is absolutely breathtaking. 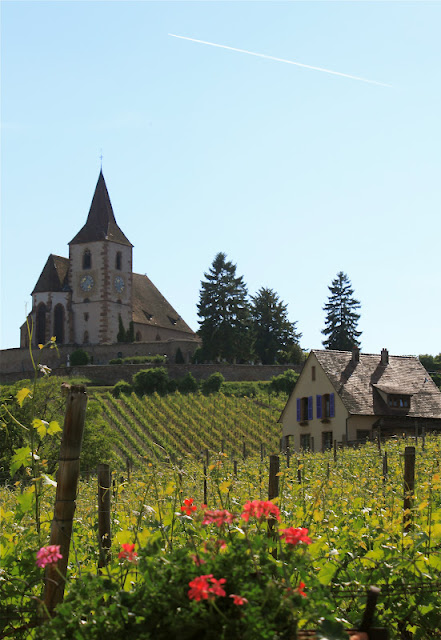 It was kitschy, but entertaining enough and Paul even got a little nap in.  Then we decided to try some wine in one of the many wine caves through out the city center.  Through out the region you can do free tastings anywhere there is a sign that says "Degustation."  The only way to thank the wine house is by buying their wine.  So that's what we did. 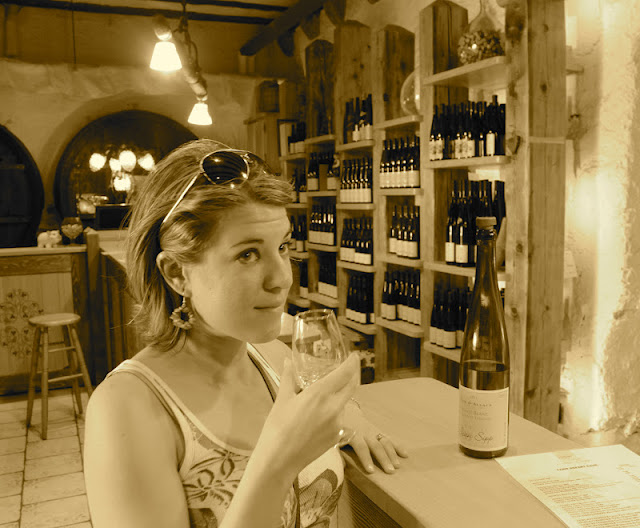 Picking a wine can be a tough decision.  I typically liked the Pinot Blanc of the region.  It is light and crisp and goes perfect with a hot summer day (cross your fingers that there are many more to come!).
We stopped in a few shops, then headed on towards Colmar.  We walked around in Colmar's "Petit Venise" Neighborhood and got a front row seat along the canal for an aperitif (aka more wine!). 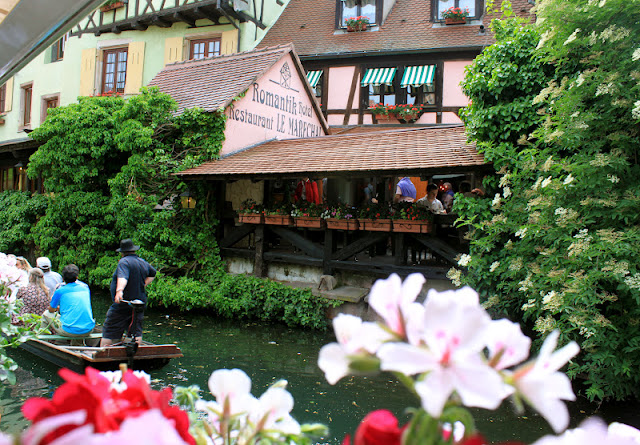 As we walked onward there was a stand serving up the region's specialty, Tarte Flambée, which is like an Alsatian pizza topped with créme fraîche, lardons (bacon) & thinly sliced onions and sooooo tasty. 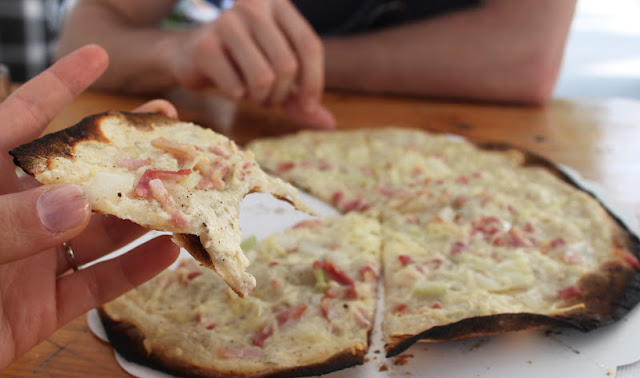 This little stand was a great find!  They served wine by the bottle (for cheap! 5-7 euros each) and these Tarte Flambée. 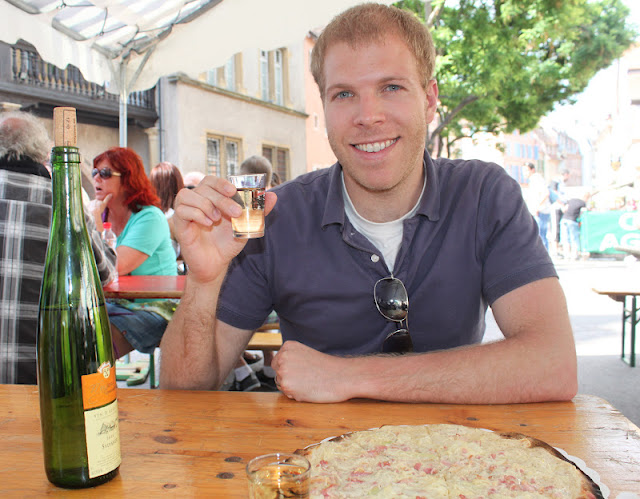 We paired ours with a Sylvaner from the region.  It was the perfect end to a wonderful afternoon.

The next day we headed to Riquewihr, which was probably the cutest of the villages.  This was the third of the villages I wanted to stop in.  And I have to say, each one was cuter than the next.  We walked through the village for a bit.  Seriously cute, right?  However, with cute, comes the tourists. 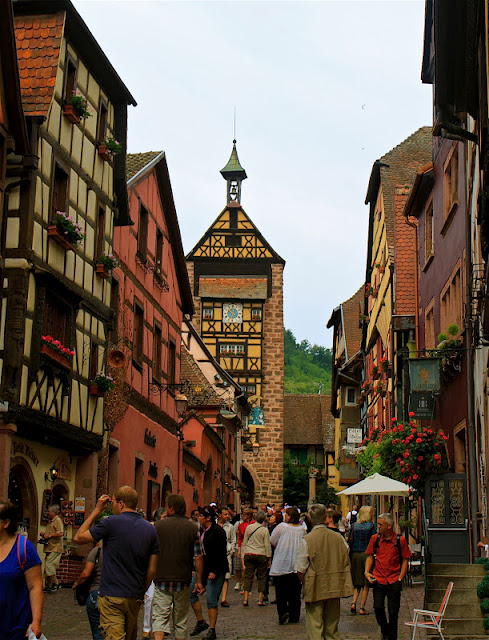 Then we stopped for some crépes for breakfast.  We went halvsies, one with egg and one with ham and cheese.  Click here to see the crépes we made! 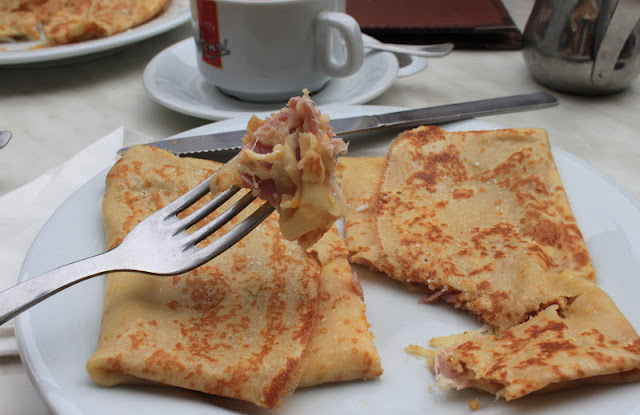 After we fueled up, it was time to hit the country side. 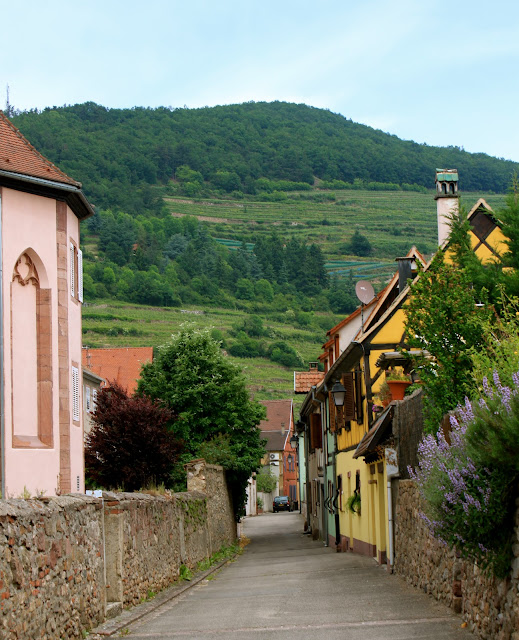 There are little hiking paths all over the vineyards.  The weather was perfect the views were beyond gorgeous!  This was our favorite part of the region. 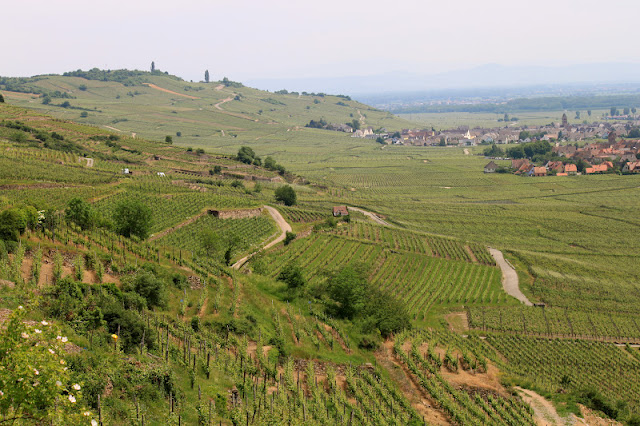 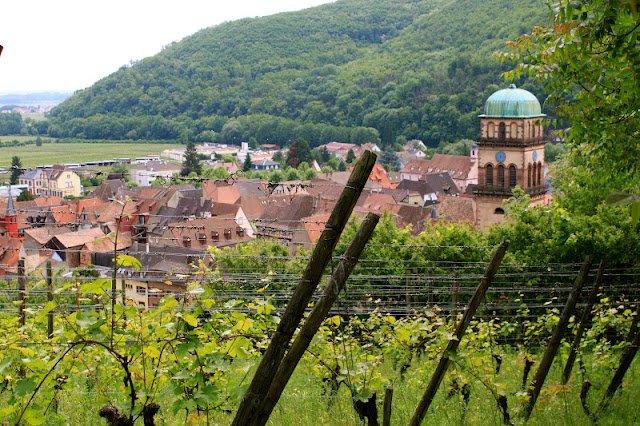 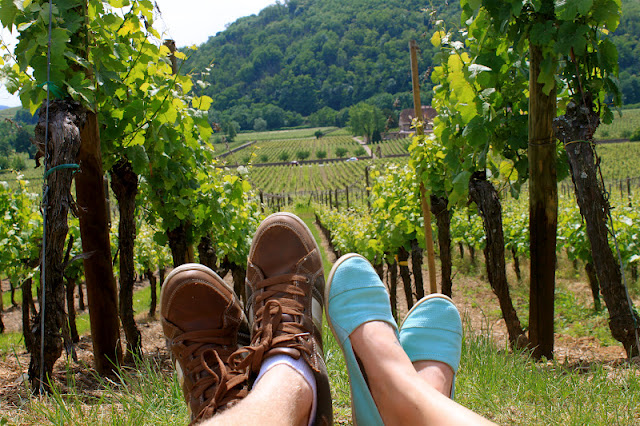 If you ever get the chance to visit the region, I highly recommend doing so.  The best part about it for us was (well besides the views, the food, the wine, the towns) it's just a few hours from Brussels and an easy long weekend trip.  Side note: If anyone knows the original foot picture source, please let me know!  They are brilliant! Pin It
Email ThisBlogThis!Share to TwitterShare to FacebookShare to Pinterest
Posted by aglobetrottersfare at 9:54 PM

Awesome pics and while yes, the little villages are super cute, so are your shoes!!

Haha! Thanks Jen! and thanks for liking the blog on FB! It is not so easy, I know :)

Looks like you have a great weekend! I'm glad we could provide a little inspiration :)

It was perfect! Thanks again for the info. Hopefully this will inspire more people to go :)