Per Paul's request (he is such a romantic. joke.), we took a trip to Venice.  Venice is nice, for one day.  Not to mention, difficult to do on a budget, so basically this long weekend blew our budget out of the water!  I can't say we tried that hard since budget travel, wasn't as much of a focus as it will be in 2012.  The only thing budget about this trip was, maybe the flight, found on Ryanair.com.  Tip:  If you will be taking the water bus (vaporetto), get a pass for the amount of time you will be there.  There is even a nice discount for youths (and youth doesn't mean under 26 in this case) although I am not sure of the exact cut off, maybe 30?  We saved a good chunk of change, since we were taking the vaporetto a few times a day as we were staying on the island of Guidecca. 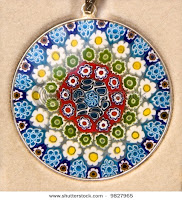 We spent most of our time walking around getting lost, and going into the millions of souvenir shops... I was on a mission, ever since the first time I went to Italy and saw these blown glass necklaces.  I wanted to get my friends each one for Christmas and Venice had them in almost every shop ..... and they are all a little different, unfortunately for Paul.

One thing about Venice, like a lot of European cities, is that they have an overwhelming population of pigeons.  Paul found it entertaining. 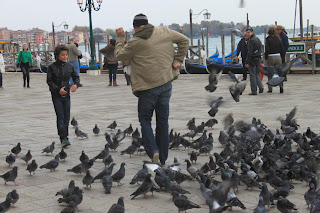 On the other hand, this is how I feel about birds: 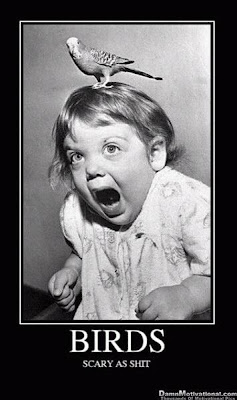 The highlight of the trip was going on the Chichetti of Venice tour with Urban Adventures.  Chichetti is basically tapas of Venice.  We went to many different local bars sampling the wine and Chichetti dishes.  Though there was a lot of Cod on the Chichetti menu, overall the evening was enjoyed with some good wine and good company.  After the tour was over, we hung out with a few study abroad kids at some local bars near the Rialto bridge (yes, there are some local bars in this area!), which we found through our tour.  This late evening out lead us to a nice and expensive water taxi ride to the airport due to sleeping in.  Was it worth the 100 Euro?  Maybe not, but perhaps this was actually the highlight of the trip.  Everyone says to do a Gondola ride in Venice.  We had decided against it from the start due to the high price, so you could say this was our Gondola ride through the small canals of Venice at the crack of dawn! 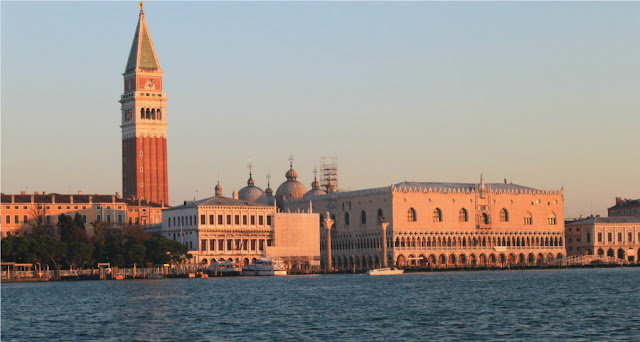 Tip:  If you do not want to pay the price for a private gondola ride, you can take the "traghetto" for 50 cents across the canal.  Please note, it only takes you across the canal. Though, it is not a romantic gondola ride through the tiny canals of Venice, it is definitely a ride on a gondola!
Buona Sera!

You might think we are crazy for going to Scotland in December, but the weather was actually quite mild.  And as the saying goes, there is no such thing as bad weather, just bad clothes.. or something like that.  Well, we definitely dressed for the weather while in the highlands.

We left Brussels at 5am the day after Christmas  (Not going home from Christmas was a struggle and next year we will definitely make the trip).  We drove to France to take the train ferry to the UK.  Once we arrived in the UK,  we were careful to be driving on the opposite side of the road (crazy Brits, oh how I love you).  We only got a few nasty looks and some honks, at first we couldn't figure out why, until we realized we were driving slow in the fast lane.  Whatever. 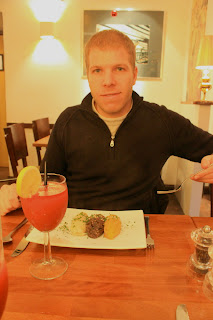 We arrived in Glasgow that evening, to realize it was Boxing Day, and they have sales (it is apparently the equivalent to Black Friday in the US)!  So, we did a bit of shopping, a bit of exploring and of course ate fish and chips.  Okay, so maybe that is more British, than Scottish, but we are in the UK.  Sorry Scots!  Don't worry Paul had haggis (ick) ... more on that later.   The next day was more sight seeing around Glasgow (not much to see overall).  We were hoping to go on a Whiskey tour, but they were closed due to the holidays.  Tip:  If traveling over a holiday week, check that the things you want to do will still be open.   We weren't too heartbroken and ended up just walking around, going to a few vintage shops (these are big in the UK) and stopping off at a few Scottish pubs along the way.  When we stopped off for dinner  Paul got Haggis with neeps and tatties.  For those of you who don't know what Haggis is.  Please see the wiki page: here.  He liked it.  I thought the restaurant had good presentation.


Next day, we left early to head up to Inverness, Capital of the Scottish Highlands... and home of Nessie!!  Yes! HE IS REAL!

First stop Stirling Castle, in the village of Stirling, which is a beautiful castle overlooking the village.  We walked up to the castle and got completely down poured on.  This time, we weren't prepared.  Ran back to the car, sopping wet.  It was a little bit funny, or should I say a wee bit funny.  That's my best British.  Just kidding, I have a brilliant British accent, ask anyone that knows me.

Then we did some sight seeing around Inverness.  Highlights were:

The Urquhart Castle on Loch Ness with a huge rainbow! There were rainbows everywhere in the highlands.  No doubles :(  I know what you are thinking. 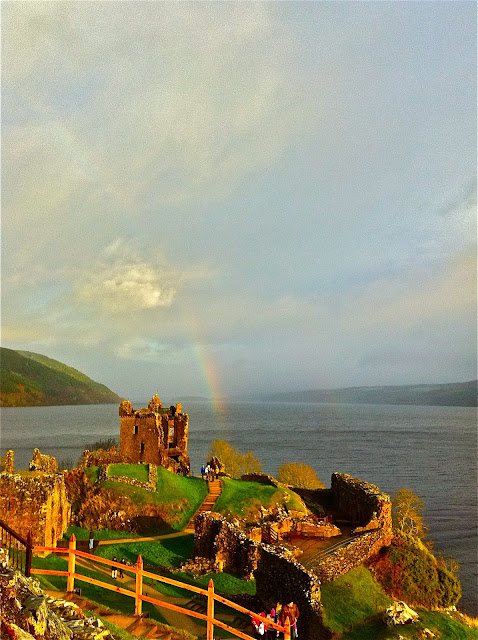 The cows.  I have a total cow obsession. 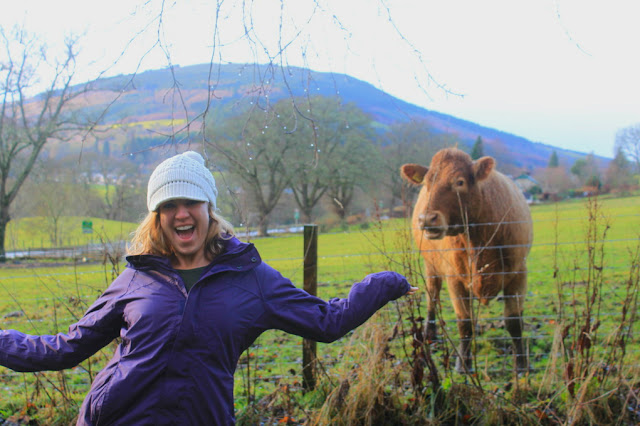 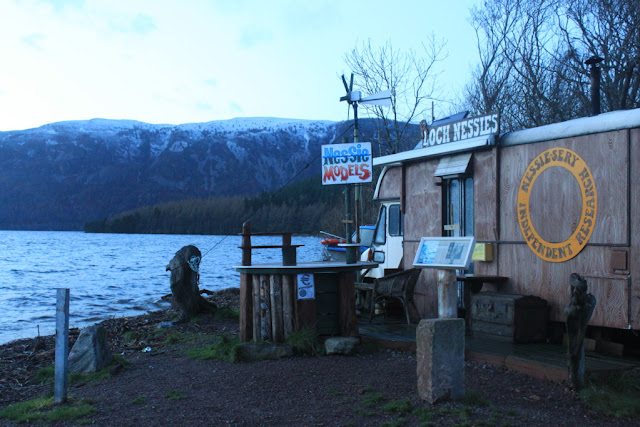 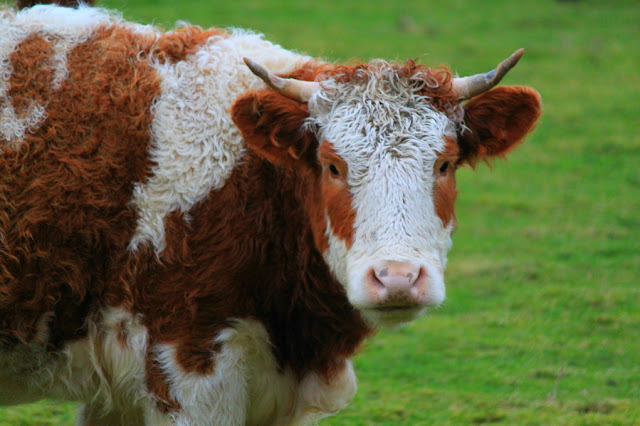 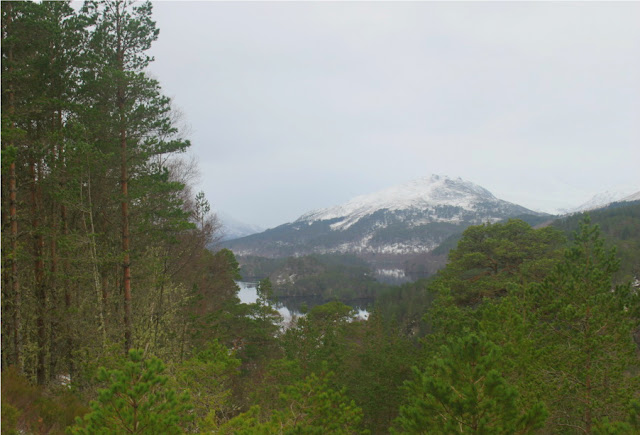 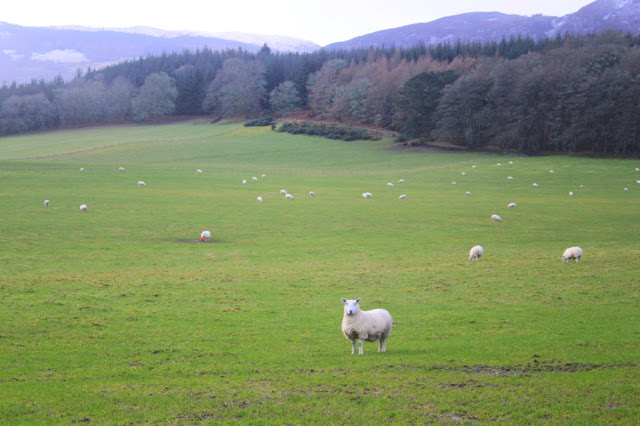 Pin It
Email ThisBlogThis!Share to TwitterShare to FacebookShare to Pinterest
Posted by aglobetrottersfare at 7:36 PM