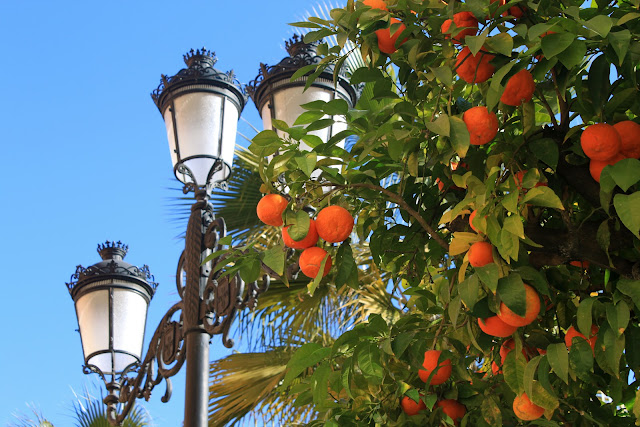 Returning to the winding streets of Sevilla is something I have been dreaming about for the past 4 years, and it did not disappoint.  I was ecstatic the minute we stepped off the plane into the warm (a bit of an exaggeration, but compared to Belgium it was) night air and the first palm tree came into sight.  After a week of 15 degree weather in Belgium, a weekend in a place where the weather forecast stated "abundant sunshine," was just what we needed.  In addition, I couldn't wait to show Paul, one of the most beautiful cities in Europe.

Starving and parched, after we checked into our budget guesthouse, we went straight for tapas at Levie's, a cafe/bar we used to frequent. 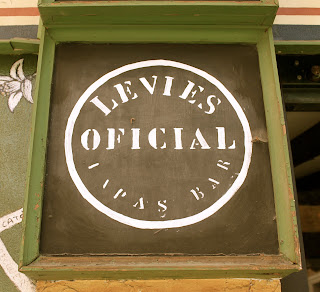 Dos Cruzcampos, por favor, an order of patatas bravas, tortilla española, croquettes de jamón y pollo naranja,  is how we started the night.  At 2.50 to 3.50 a piece, you really can't go wrong.  Followed up by giant mojitos at La Robotica, and a few more Cruzcampos in typical tabernas sevillanas, it was a good start to our fin de semena en Sevilla.  Wanting to be in shape to see the city by day, we turned in early. 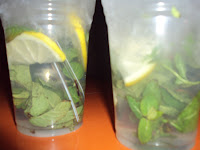 What should you do in Sevilla?  Well, below are some ideas on what to do while you are there, but trust me there is much more:

1.) Rent bikes and drive around in Plaza de España, located in the beautiful Parque de Maria Louisa.  it is also a great place to take a break and let the sun warm your body (tip: take a photo in each city you have been in Spain) .   We overheard a tour group while we were there, and the shelves in the photo below used to hold pamphlets and tourist information of whichever city is featured.  We took a break on Guadalajara, but they have most cities in spain around the plaza in alphabetical order.  All feature a beautiful mosaic design. 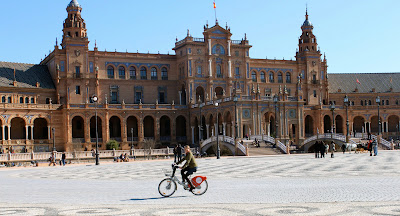 2.) Go in la catedral de sevilla, which dates back to the 15th century and is the third largest church in the world.  Believe me it is huge and christopher colombus' tomb is inside. Climb la Giralda for beautiful views of Sevilla. (tip: I heard it is free on Sundays, but I believe after 2:30. We would have gone, but have had to meet my señora for lunch!) 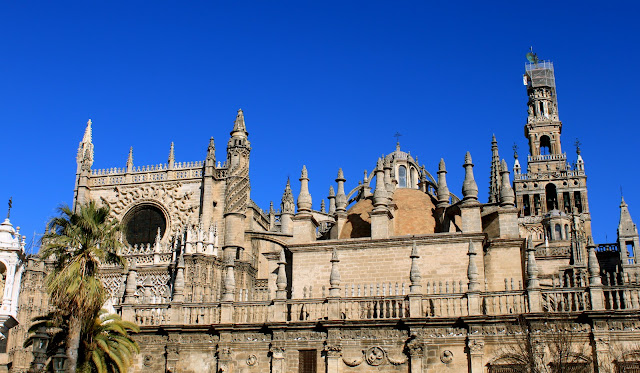 3.) Go to the top of the parasol in Plaza de la Encarnación (only 1.20) and have a few Cruzcampos while enjoying the views of Sevilla. 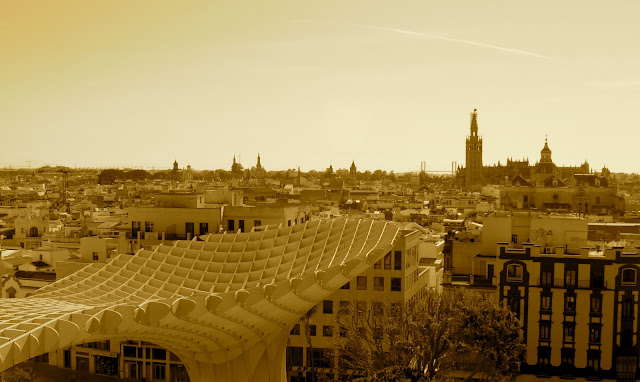 4.) Have many montaditos for lunch with a cerveza or tinto de verano (a beverage based with wine, similar to sangria, perfect for warm sunny days in Spain). yum. 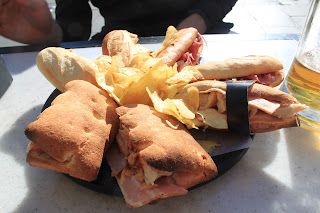 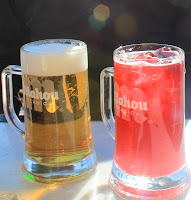 5.) Go to La Vineria San Telmo for excellent tapas and great spanish wine.  The marinated tuna with seaweed and fresh ginger was delish. 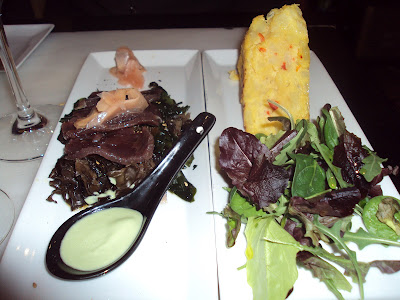 And the best part of all:
We went to my Señora's house to have lunch with her and my hermanita!  It was a great time, y espero que mi señora se mejore muy pronto!  Tambien, gracias por almuerzo y el tiempo muy bien :) 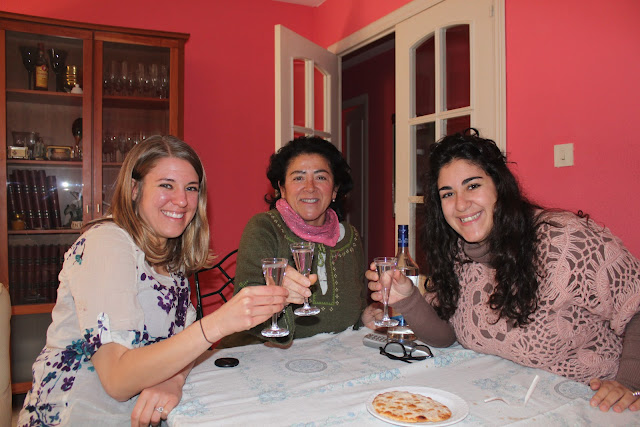 Stay tuned in to my señora's special: tortilla de patata.  It was my favorite while i was studying in Sevilla. 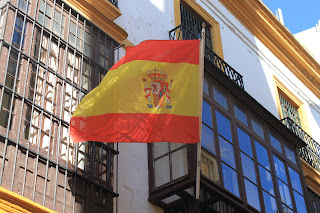 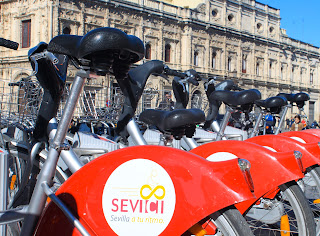 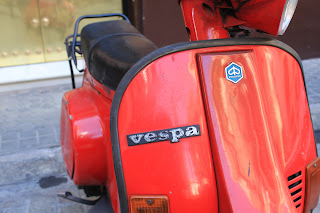 Someday I hope to own a vespa, and live in Sevilla.  I guess I will just continue to dream about it as I drink my andalucia insprired Lipton orange blosson tea ;)
Pin It
Email ThisBlogThis!Share to TwitterShare to FacebookShare to Pinterest
Posted by aglobetrottersfare at 9:11 PM