Bavaria: A Romantic Vision with Castles, Pretzels and Beer!

Pin It After Salzburg, we headed up the Romantic Road to Neuschwanstein Castle.  As I mentioned in the Highlights of the trip post, this castle was built by "Mad" King Ludwig.  While he grew up in a large castle, he took the throne at 18, and wanted to build an even bigger and more majestic Castle, which became Neuschwanstein.  The poor guy only ended up living there for about 170 days, and never finished most of the rooms.  It is also the basis on Walt Disney's vision of the Sleeping Beauty castle. 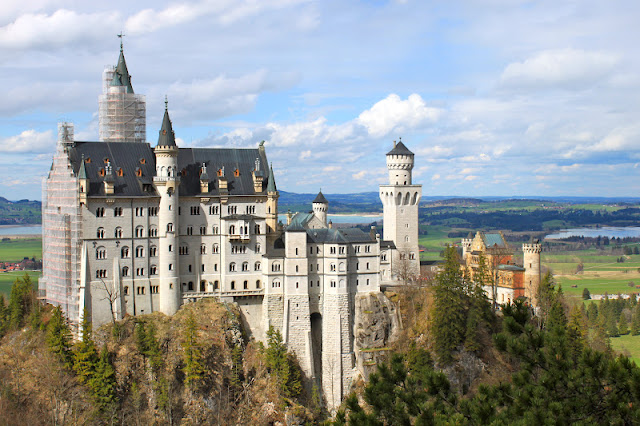 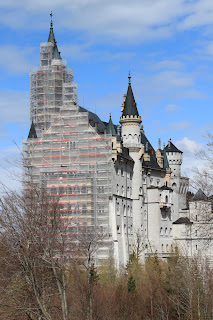 While I was really excited to go to the castle, I apparently didn't do enough research before hand.  As we pulled up from the Romantic Road, due to "some scaffolding" the castle looked like an industrial factory from the distance.  I thought there's no way that can be it.  But it was, Neuschwanstien, FULL of scaffolding.   The website says due to the climate it will need to be renovated section by section over the next few years.  Being used to seeing scaffolding on many of Europe's old Churches, this was not a surprise to me, however I did not expect the entire front half of the castle to be covered in scaffolding, which made it impossible to get the photo I dreamed of.  In the picture on the left, you see the side covered.  The whole left (front) of the castle is also covered (no picture, as it was not so pretty to take one). :( Tip: Check the latest status on the renovations, so you know what to expect before you go!

Tip: if you are going to the castle and taking the bus up, stop on St. Mary's bridge afterward.  If you go on immediately when the bus drops you off, you will barely be able to move due to the rush of tourists.  Instead plan on visiting the castle in the late afternoon and take in the views from the bridge on your way down.


Though King Ludwig II was a bit "mad," he sure picked a majestic setting for his beautiful castle! 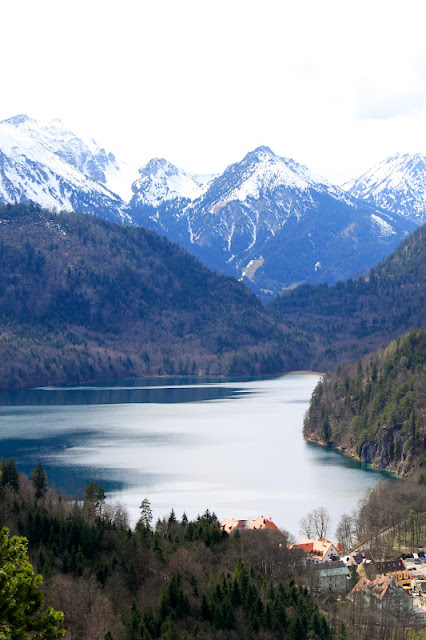 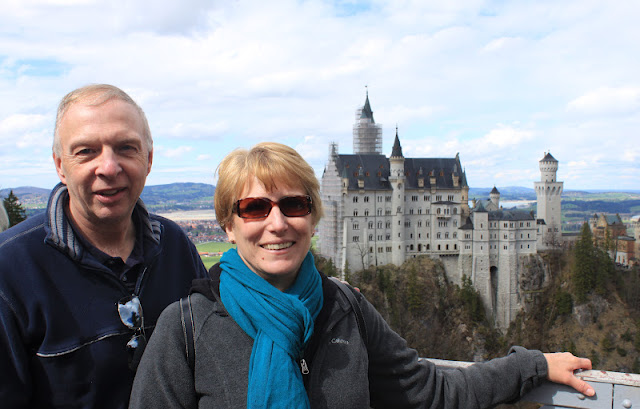 At the castle entrance. 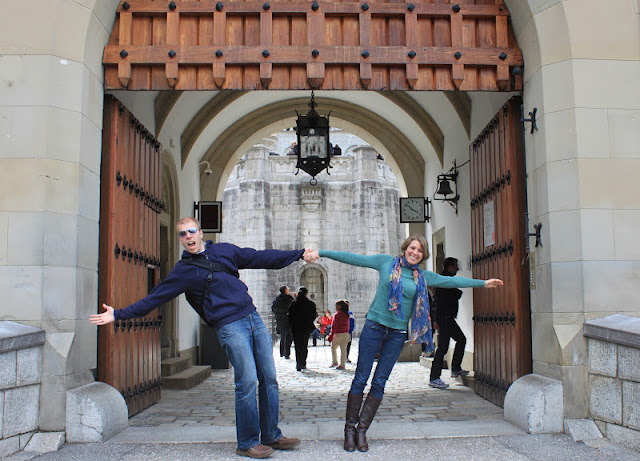 Once we were done touring the castle, we headed to the capital of Bavaria, Munich!

We got there just in time for dinner at the Schneider Haus (right off of Marienplatz).  We all ordered the Saurbraten, which is a German style pot roast made with beef.  It was to die for!  Juicy, tender and flavorful!  Paired with some excellent German Weiss Beers. 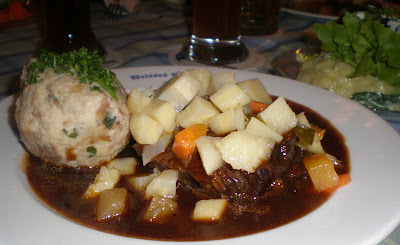 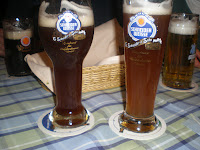 After that, we headed to, where else?  but the Hoffbrau Haus! 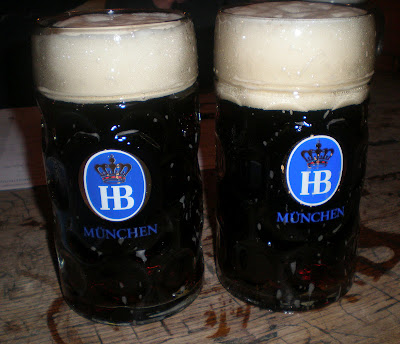 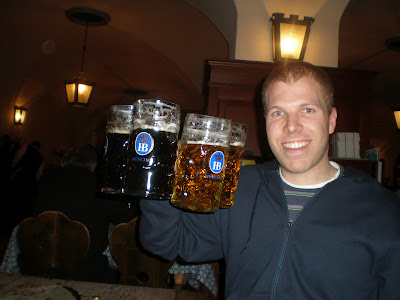 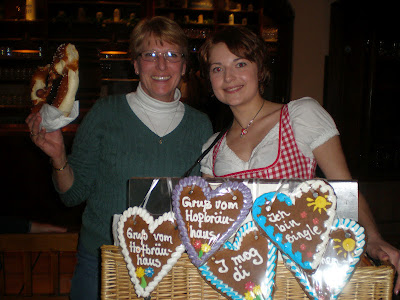 The next day, we walked around the city for a few hours.  Click on the link, if you would like to read more about Munich.

We were then off to our next stop, Rothenburg ob der Tauber, a well preserved medieval village and perfect for an overnight stop.  It has city walls which you can walk around, great traditional food and many Christmas shops (and a great Christmas market in December) all year round, in addition to many other traditional shops, full of one of my favorite German souvenirs, Cuckoo Clocks! 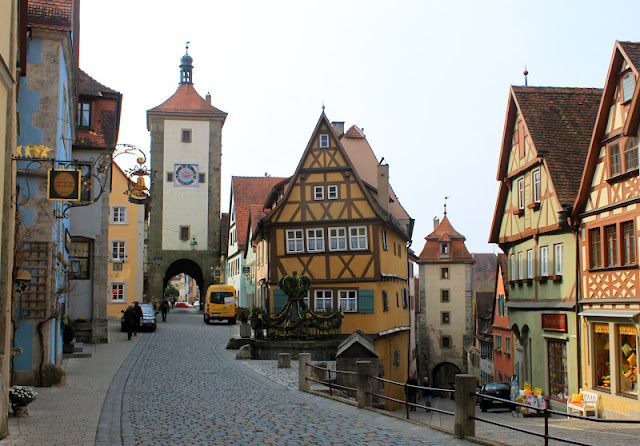 Wouldn't this place look magical with a blanket of snow?! 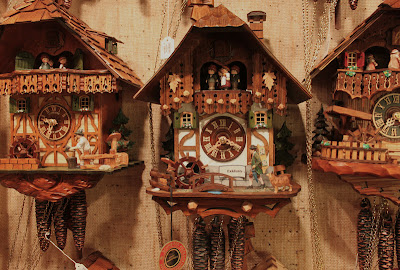 They are soooooo cute!!  If only they were in my price range.  I got a glass cuckoo ornament that will just have to do for now.

Back to Brussels, we are, and in the need for a few weeks of healthy eating!   Meat and potatoes are tasty, but I think we need to  "veg" out a bit!

As always, if you would like any details on where we stayed/ate!  Just comment below!
Pin It
Email ThisBlogThis!Share to TwitterShare to FacebookShare to Pinterest
Posted by aglobetrottersfare at 3:44 PM