Pin It Well, Charlie can already cross Spain off his bucket list.  We had been singing that song this past week to Charlie.  It was a song I played over and over before I studied in Sevilla when I was 22. Well, little Bucket Boy is just over 8 months old and has already been to Spain, but not Oklahoma, nor Arizona. 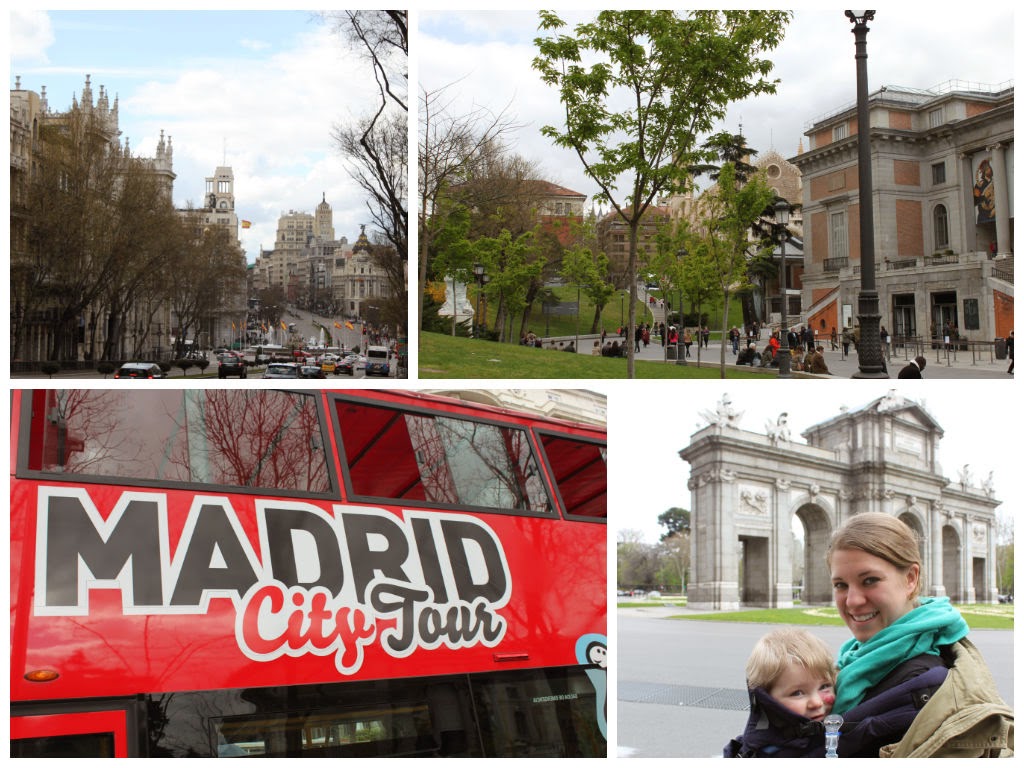 We jet-setted to Madrid last Saturday* and by jet set I mean we took a metro to a bus to a plane to a metro again all over the course of a 8 hour period (which Charlie slept for a total of 40 minutes of, max! But was surprisingly chipper).  Once we arrived at our rental apartment, we were all exhausted and starving.  Being starving in Madrid is no problem, there is good food everywhere.  So the first thing we did was call up our Spanish amigo, Nacho, who took us to the famous Mercado San Miguel during peak lunch hour. Thankfully we had Nacho to lead the way as it was a little intimidating (and crowded) for us guiris (and my "Spanish" had definitely not kicked in yet as I was dropping oui's left and right. That's the problem of knowing little of two foreign languages - they are easily interchangeable when trying to speak.
*Last Saturday being a year ago by the time this post is actually posted...oops. 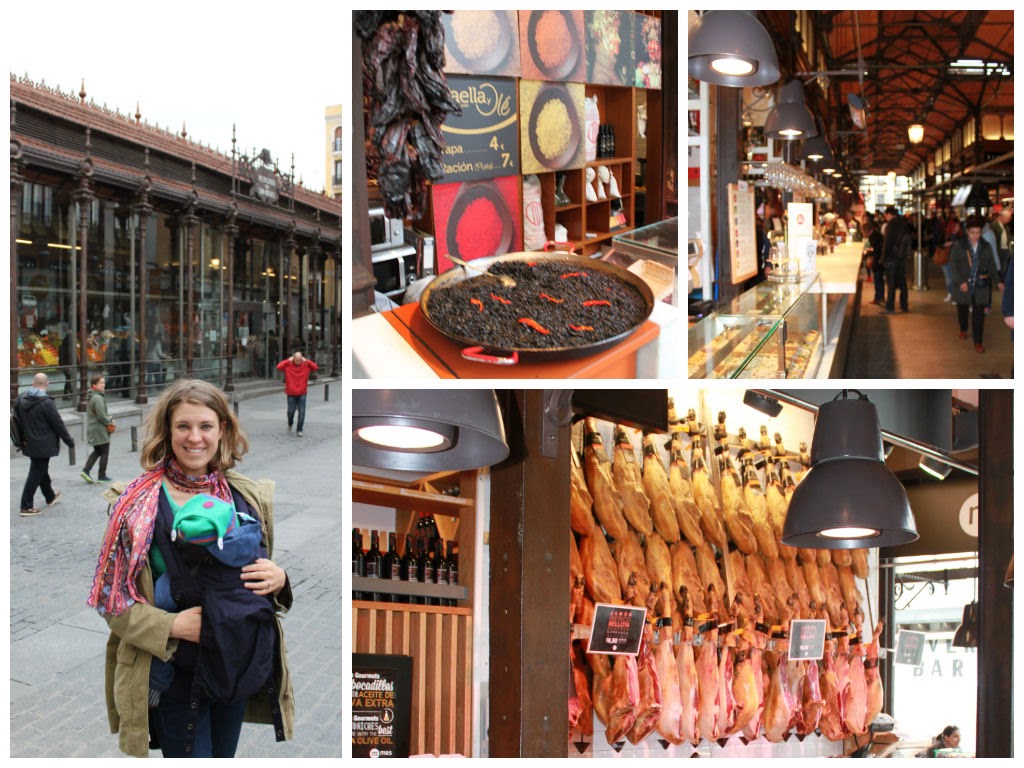 We shared the famous (and rightfully so) Jamon Pata Negra, some deliciously creamy artisan queso, and black rice (blackened by the ink of squid), topped off with some Rioja, naturally, all while Charlie snoozed away in the carrier.  Me thinks he was tie tie after the long journey.  We were afraid he wasn't going to sleep but Nacho assured us he would, and he did.  I guess Nacho is some sort of baby whisperer. I am a little bit sad right now as we didn't get any pics with Nacho, guess we were just too caught up in the moment enjoying life.  Enjoying life.  This is something the husband is constantly telling me to do.  "Don't take pictures of everything, just enjoy life."  And I did, and it was fun, but do I wish I had pics?  Absolutely.  Lesson learned. These market pics are taken on another day when I was in my normal "documenting life" mood.  Can't a girl enjoy life and document it, too?

So, we found out that the Rain in Spain definitely doesn't remain only on the plain, as it seemed to rain almost every other day on us.  Anyway, when it rains in Madrid, it isn't too big of a deal since you can spend time in the museums.  Planning on only going to the Prado, we adjusted accordingly and went to the Reina Sofia, too.  Charlie liked inappropriately chatting his way through the galleries, goofing off with dad, and taking a little afternoon snooze. 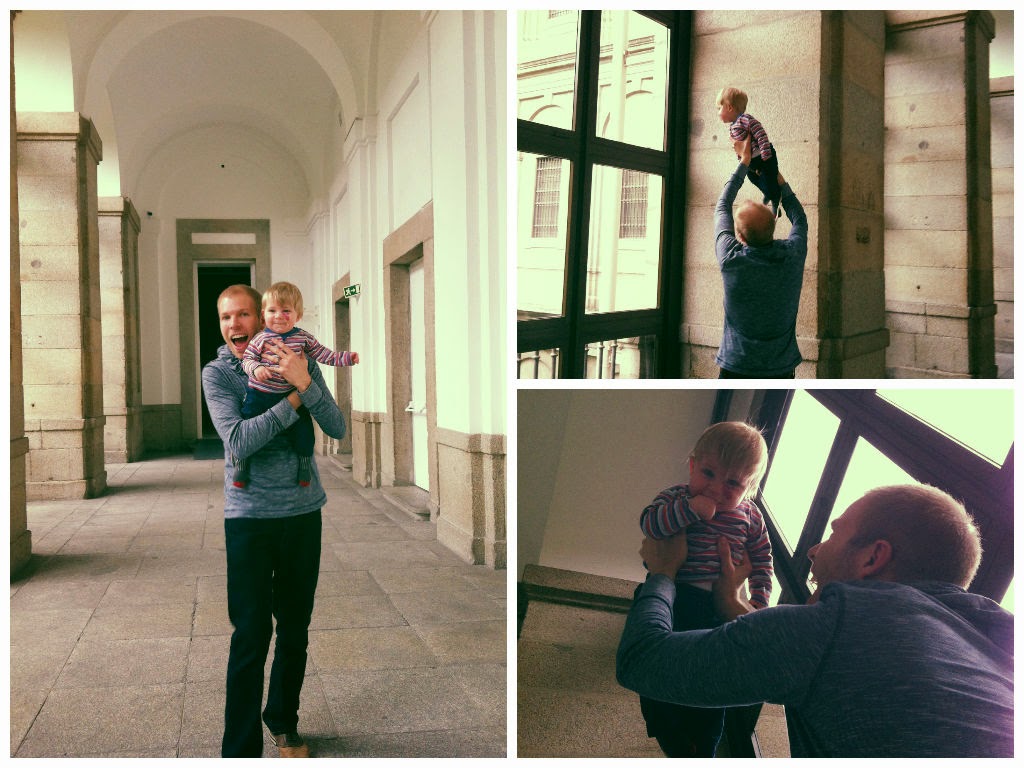 What else to do in rainy Spain, but eat?  San Gines Churros con Chocolate are what's for breakfast! 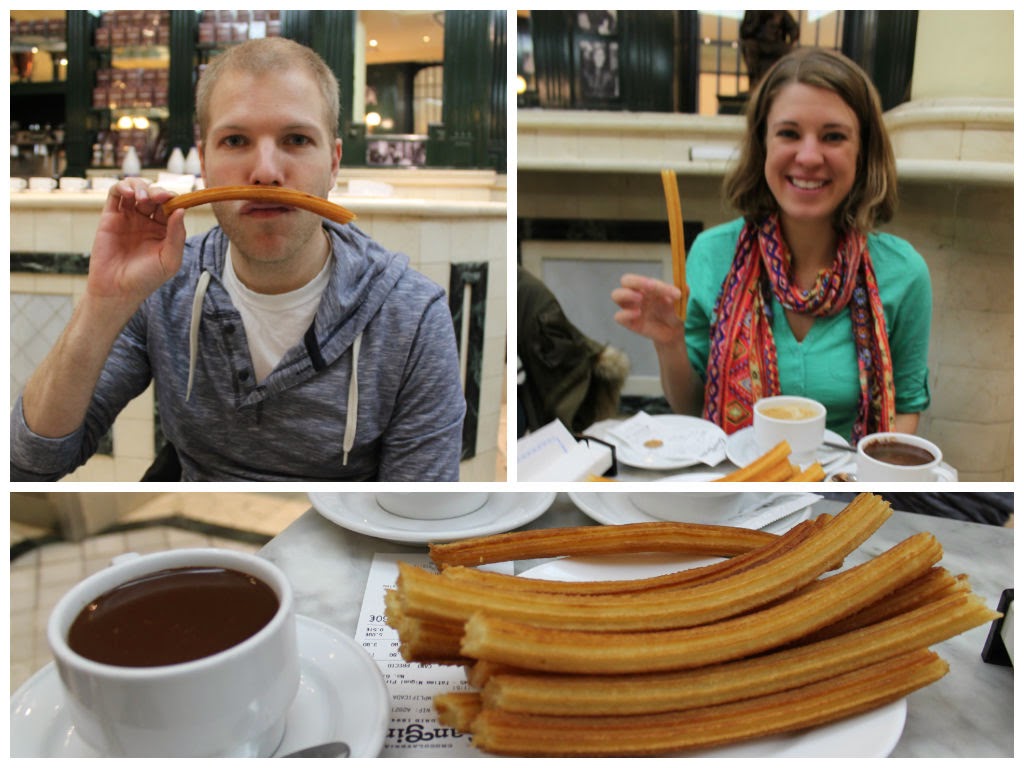 And then we explored just a bit more before we hopped on the AVE train to head south...where the rain would continue on and off for a few more days. 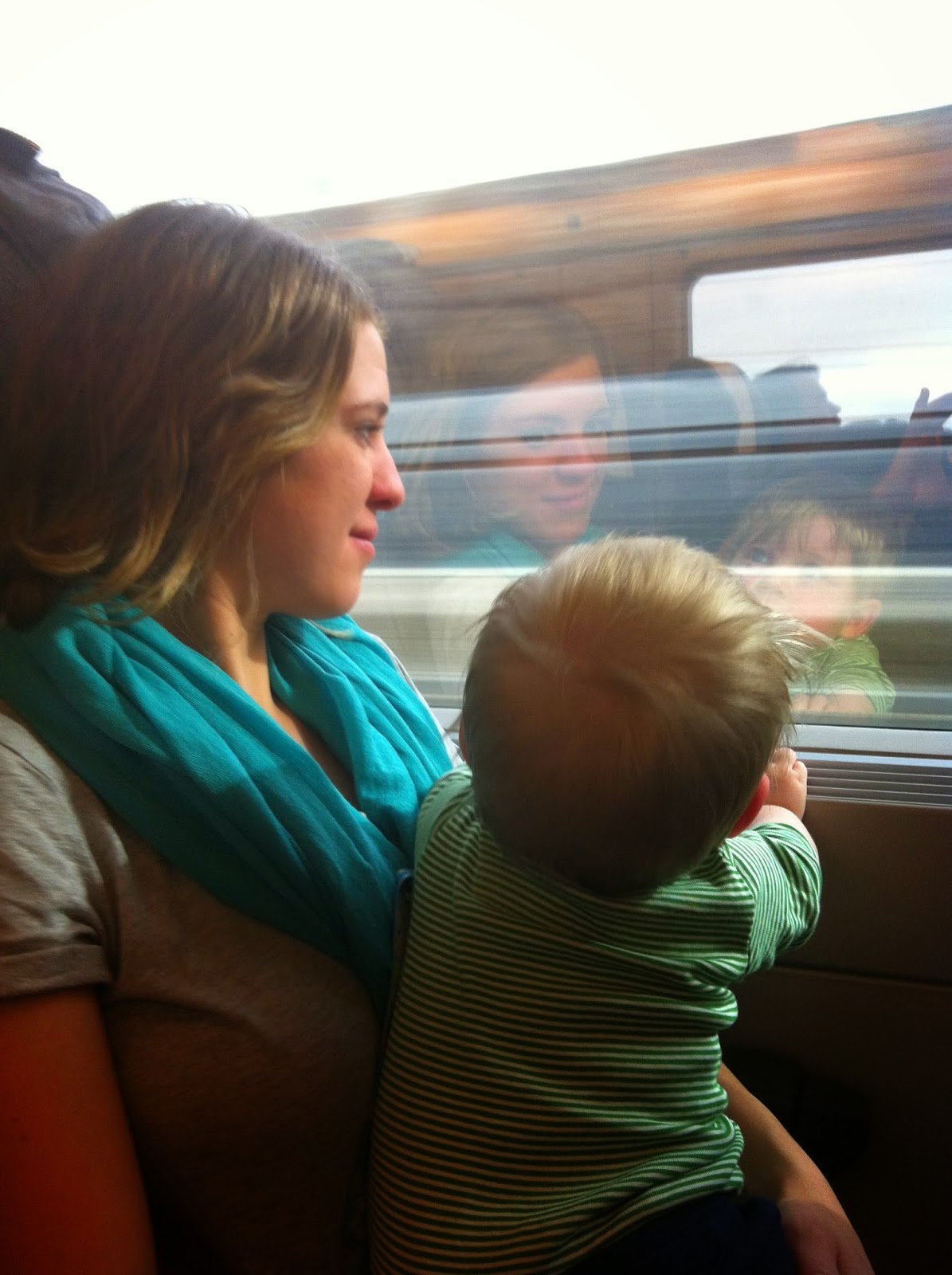 We picked up the rental car, only to realize we lost the second most important possession we were travelling with, Lovey.  We immediately set off to find something similar.  This was detrimental to sleep because Buckets had just developed a major attachment to said Lovey.  We picked up the best thing we could find, a Dumbo lovey,  and set off to the Alpujarras (the foothills of the Sierra Nevada) where we would spend the next few days outside the little town of Orgiva, surrounded by orange, olive and almond trees at the Olive Tree Yurt.  As we expected, Dumbo would not really do the trick just yet. 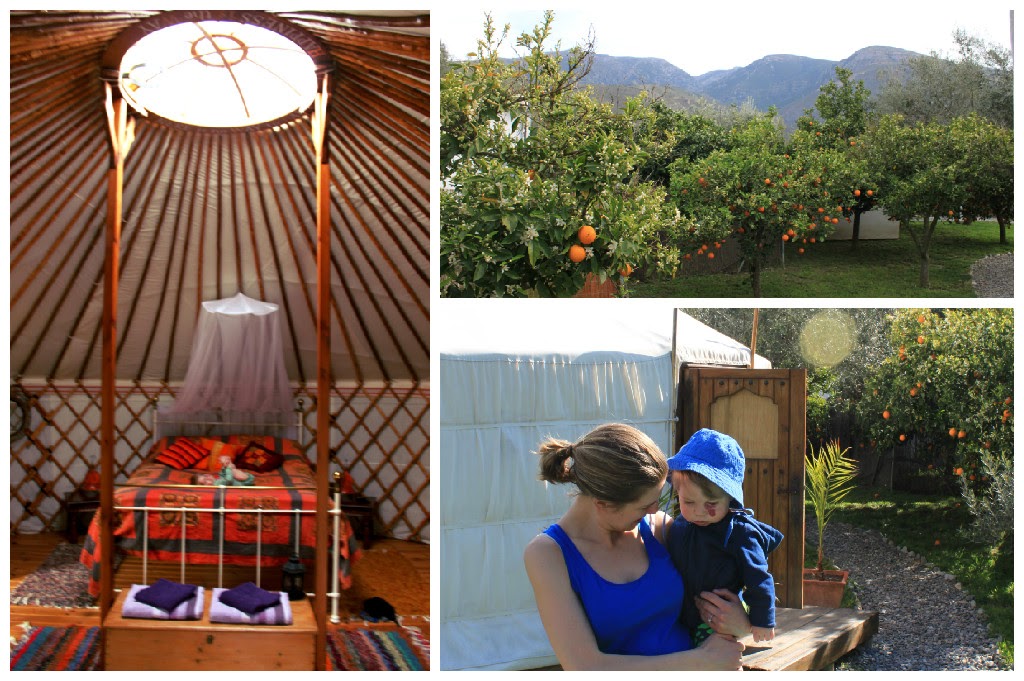 The sun was short lived as we awoke the next day to a very gloomy Southern Spain.  What's there to do when it rains in Orgiva, we asked our wonderful hosts.  Well, I suppose your best bet is to do some caving.  The response surprised us, but some "caving" we did.  We packed up and set for Nerja, a quaint and quiet coastal town with some unexpected caves. 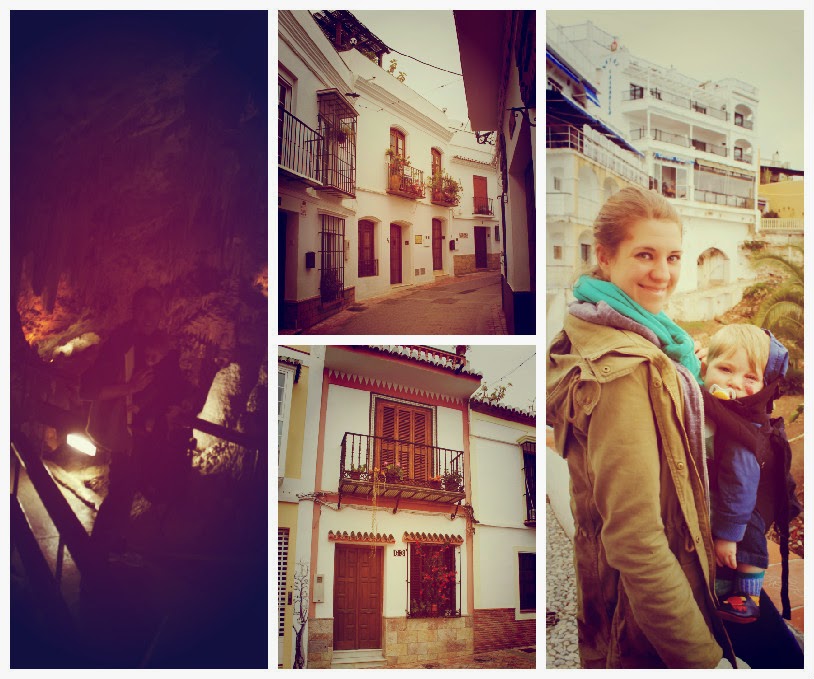 It wasn't at all what we had planned to do when we arrived in the South, but it was quite impressive.
The next day wasn't much better, but we spent it freezing our butts off in the rain at the Alhambra.  Though beautiful, both Granada and the Alhambra, the highlight was warming up and having some real tapas at the end of the day.  Granada is one of the only places in Spain that still serves free tapas with a beer. 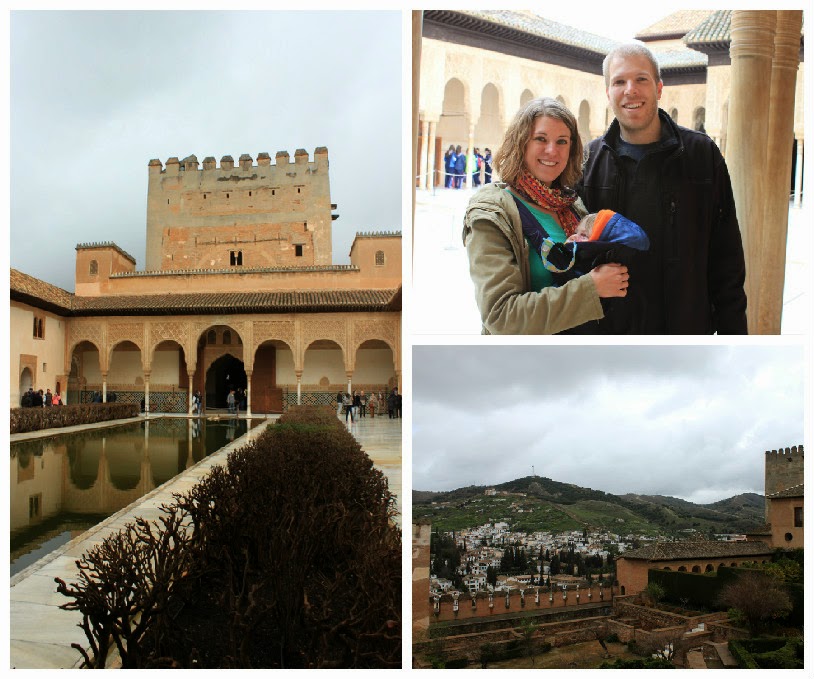 After a few cold and rainy days we were starting to get down.  A lost lovey, Charlie being under the weather and some festival in Orgiva where they set off fireworks all night long, we couldn't handle much more.  Fireworks and a sick baby are an exhausting combination.  Top that with a Dumbo lovey that was fooling no one, no one was very happy.

And then the sun came out. We kicked back and spent a relaxing morning on the property soaking in  Vitamin D, drinking coffee, eating almonds from the trees our hosts had picked for us and reading "Driving Over Lemons," a must read when visiting the area.  I wish I had read it prior to the trip, but I am just now finishing the third in the series (yes, one year later) and everytime I sit down and read it, it takes me back to this moment.  Reading, listening to the birds, and feeling the warm Spanish sun on my face, eating an orange picked right off the tree... this was exactly what we needed. 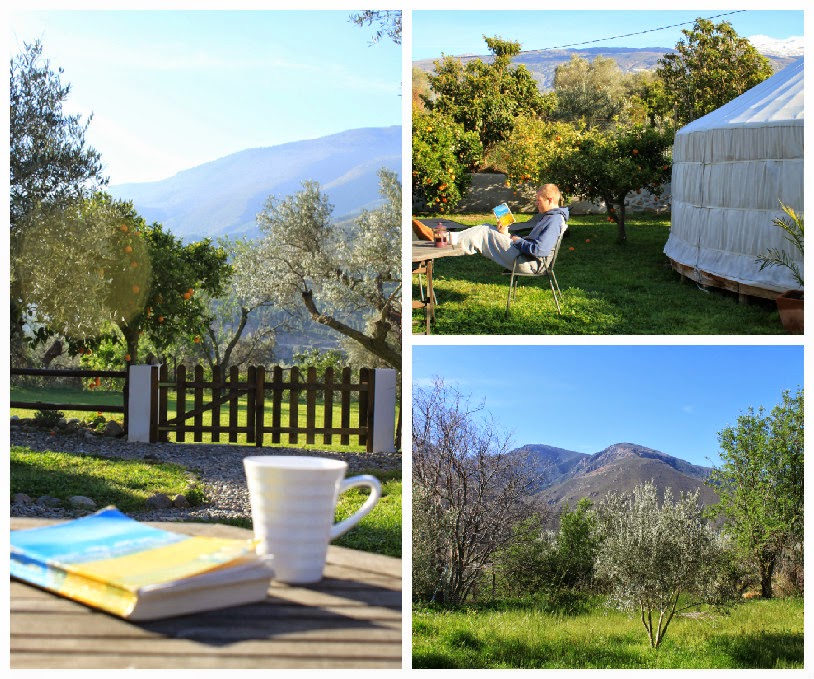 When Charlie awoke from his nap, we headed up the mountain to some of the little villages in the area. We decided to stop in the most beautiful white washed mountainside village of Pampainiera. 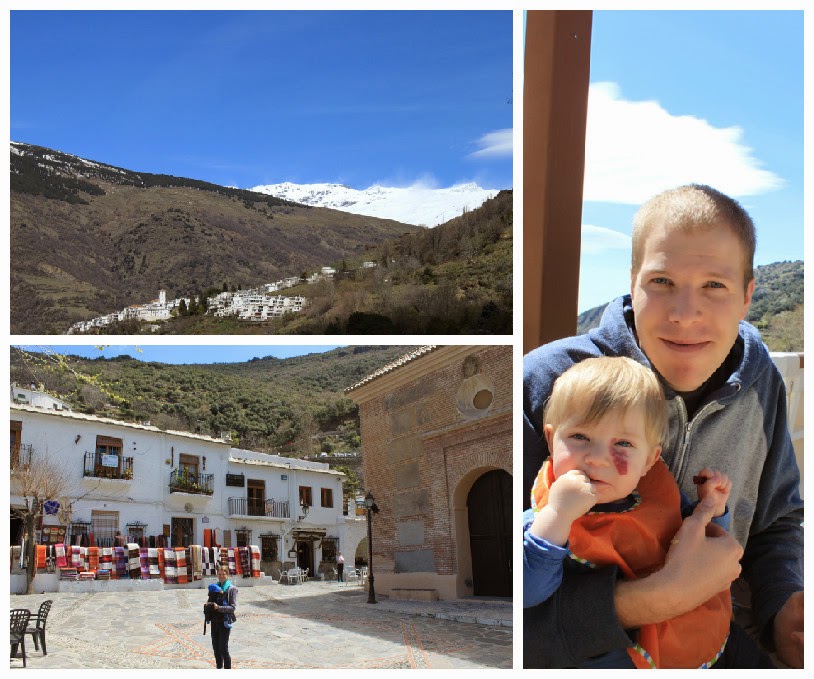 They're known for their handmade rugs in this region, so we did a little rug shopping (which is my favorite souvenier of all of our Euro trip).  Charlie tests out his new play space rug below and then there is no better way than to end the afternoon with a little cafe con leche. 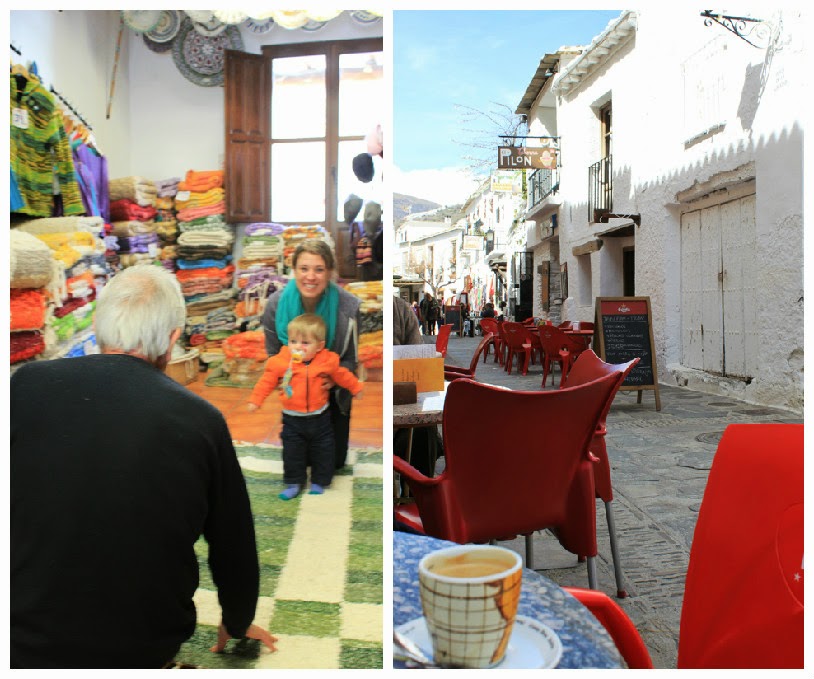 We headed back to the yurt, enjoyed a nice evening without any rain or fireworks, and on top of everything we all had a better sleep.

We awoke to some more sun and the warmest day of the whole trip... too bad we had to fly back later that day.  We made the best of it, had morning coffee outside and then explored the property a bit.  I even went for a quick swim! 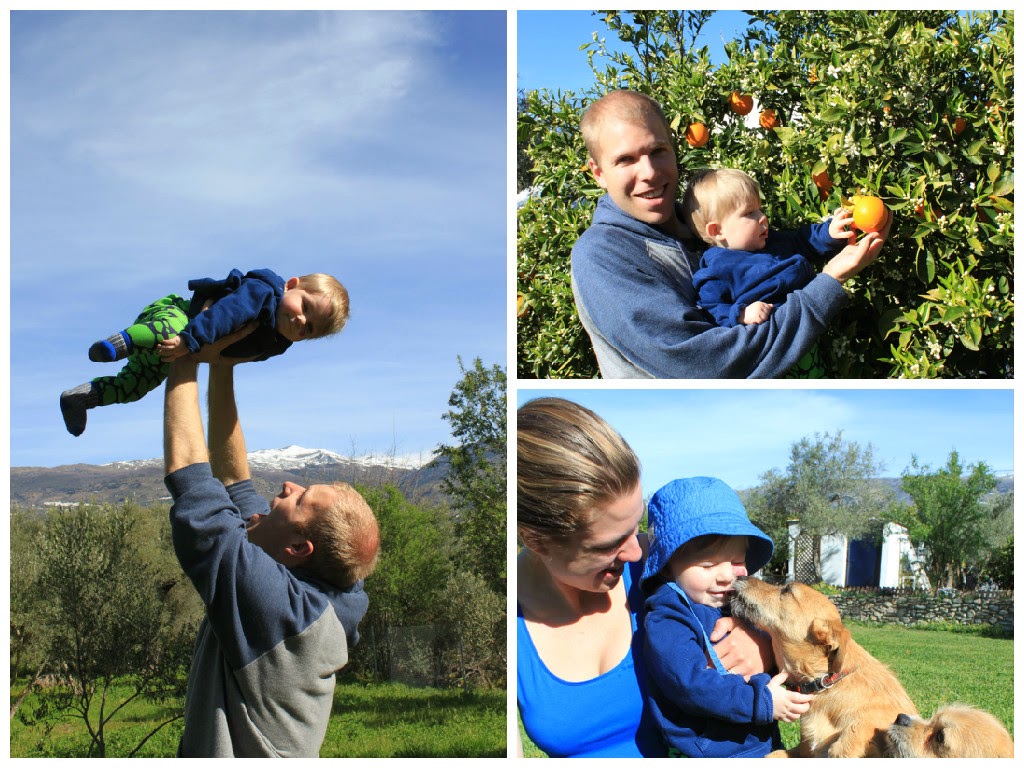 We took the scenic route back to Malaga and stopped along the way to dip our toes in the ocean and take our first family foot pic and eat one last orange from our tree. 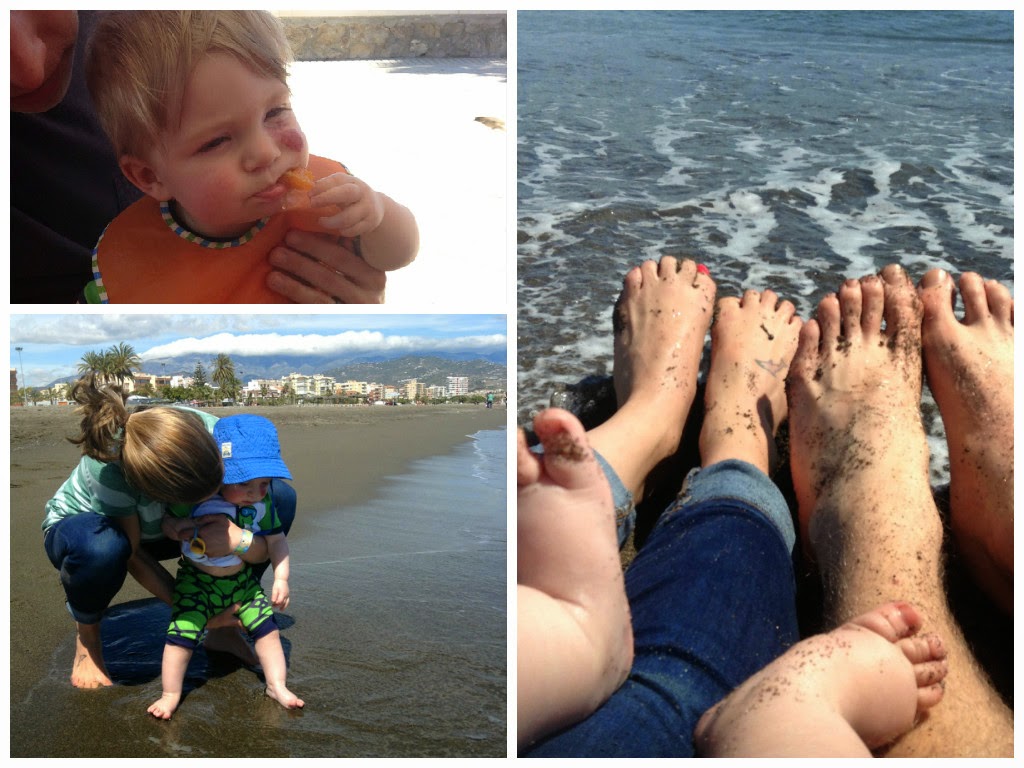 Pin It
Email ThisBlogThis!Share to TwitterShare to FacebookShare to Pinterest
Posted by aglobetrottersfare at 3:42 AM