Pin It I have always wanted to go there.  You know, you see that photo with the white cliff side villages, blue dome churches, with a pink sunset and a clear blue sea backdrop, and you think someday I will go there.  Well, we just got back from there.... 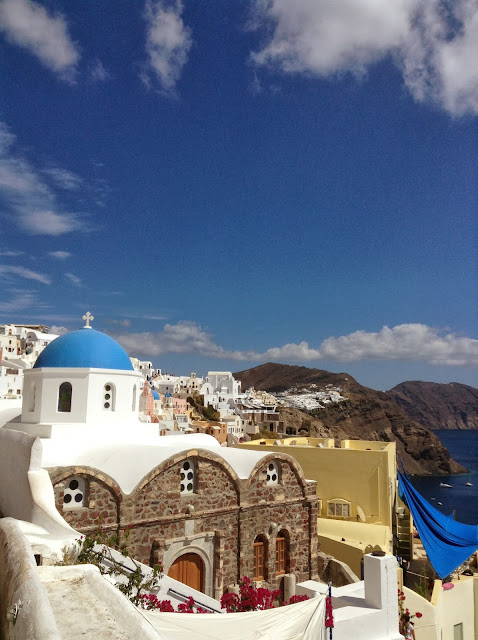 ...and it was everything I dreamed of. 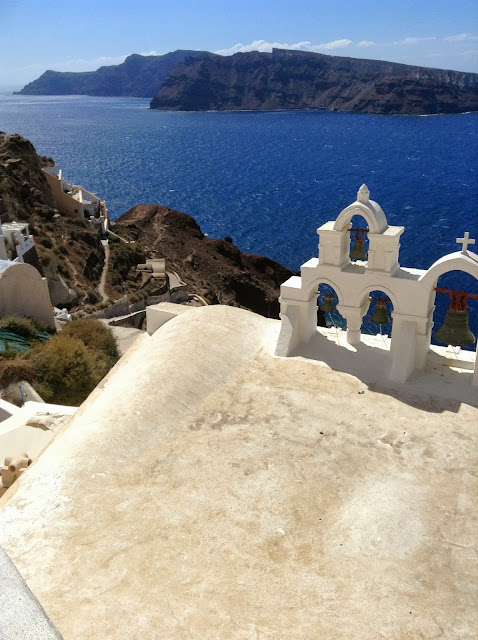 I was a little worried it wouldn't live up to the hype, but it did.  Santorini is my Favorite. Place. Ever. (besides White Lake).

Waking up to this view is easy to get used to.  The infinity pool was right outside our small apartment's door.  Perfect for travelling with Charlie! 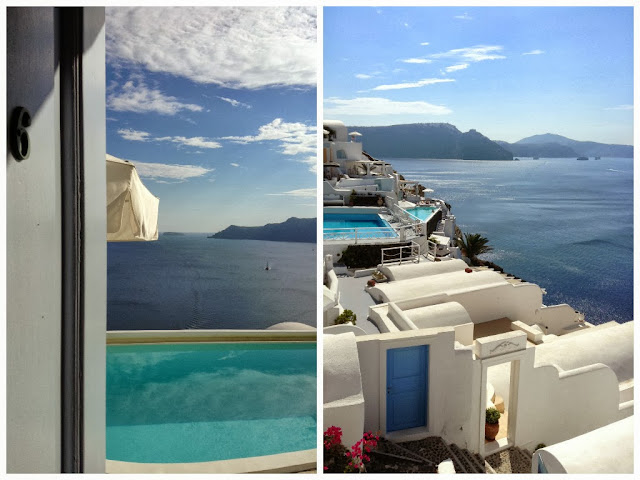 Yes, we took our 8 week old son, Charlie, to Greece and I am pretty sure he loved it as much as I did.  Most people thought I was crazy when I told them, but we had a surprisingly relaxing vacation and Charlie did really well.  We figure the sooner he gets used to travelling, the easier it will be, and so far we are on the right track. 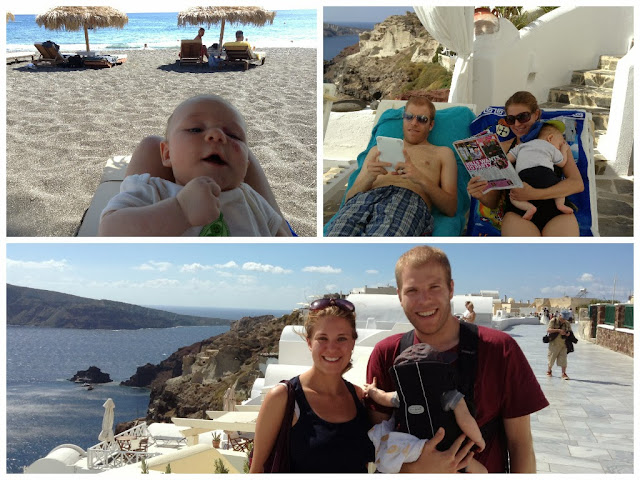 Thanks to the Phil and Ted's Traveller (which packs up to the size of a carry on), Charlie was able to hang pool side in the shade while we swam and relaxed in the loungers.  The housekeeper, Saba, loved little Charlie.  Greeks love babies and we felt welcome everywhere we went. 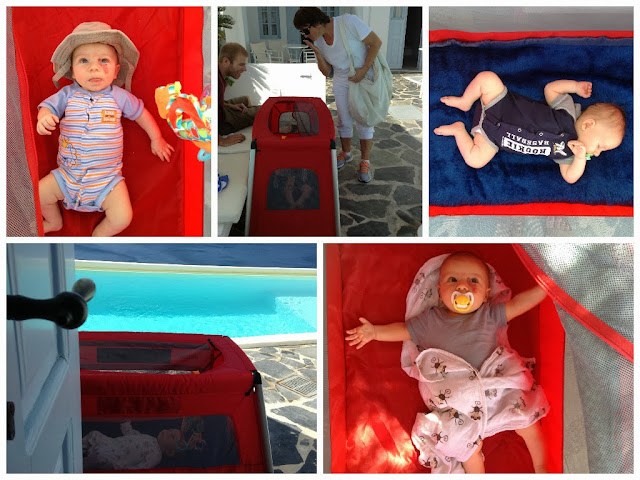 In fact, I think travelling with Charlie made our experience more exciting, because everywhere we went locals started conversations with us.  While shopping I learned so much about Greek culture from the locals (who would have thought?).  Did you know that Greeks spit on babies to bring them good luck?  No one actually spat on Charlie... but we got so many well wishes for him to have a happy and healthy life.  Even the men love babies.

My parents joined us on the trip, which made things a lot easier.  I don't think the trip would have been nearly as relaxing had it been just the three of us.  It helped that Charlie had four people to nap on. 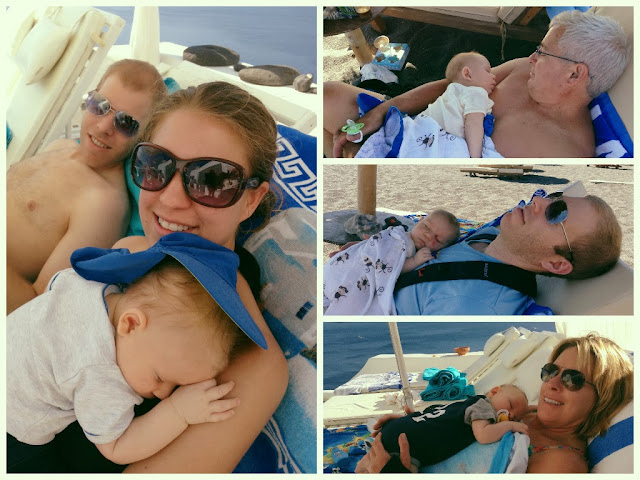 We spent the first few days of our vacation in Perissa at the beach (see Charlie napping on Grandpa and Dad above). He brings relaxation to another level.  If only I could be as relaxed as that guy!

On our way to Oia (where we spent most of our time), we stopped at the Santorini Brewing Company, a micro brewery which just opened up in 2011.   On our way to the brewery we were a little lost, but ran into the Crazy Donkey Van. Follow that van! 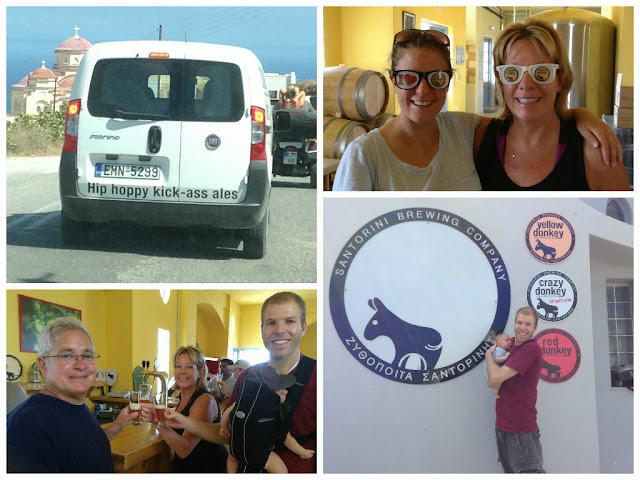 Though there is no formal tour, they are happy to show you around the brewery and give you generous tastes of each of their beers (they were out of yellow donkey when we were there - but we did get to try it at a restaurant in Oia).  We tasted the Red Donkey and Crazy Donkey and both were pretty kick ass.  I think everyone's favorite was the Crazy.  Not surprising, since we are all a bunch of crazies! We bought some extra to enjoy at our hotel. We would have brought some back to Belgium- but the beer isn't pasteurized and needs to stay cold. 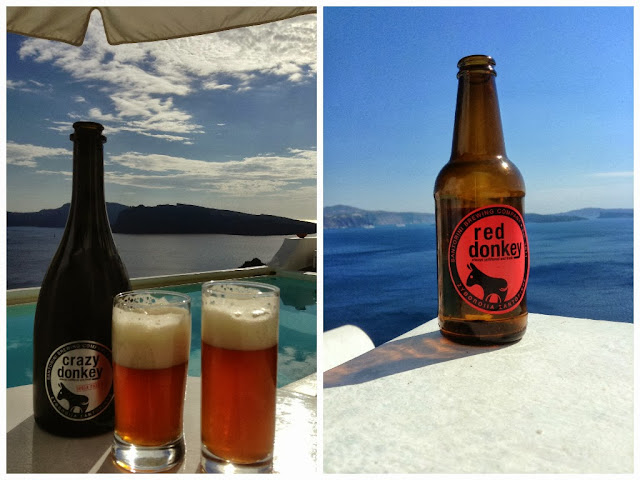 Thanks to Grammy and Grampy, Paul and I were able to get out sans bebe for a hike from Fira (the capital of Santorini) to Oia (the village we were staying in).  It was about a 3 hour hike along the caldera with incredible views.  At times there was sea on both sides of us.  This walk is a must do if going to Santorini. 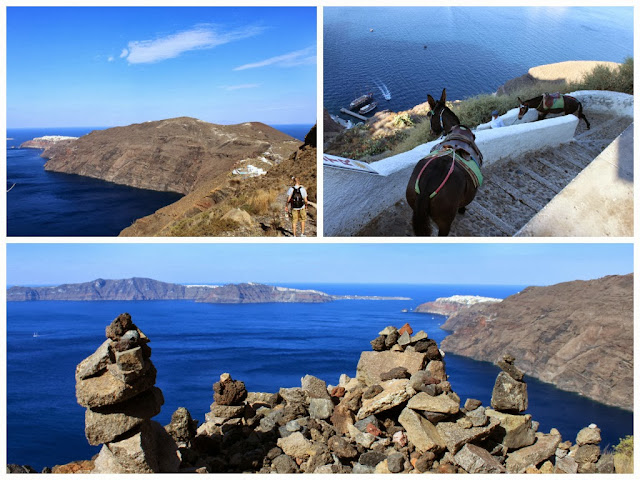 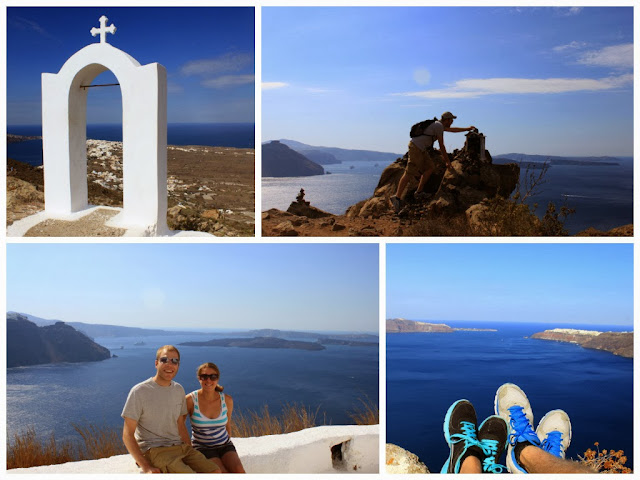 We spent the rest of our days lounging poolside..... 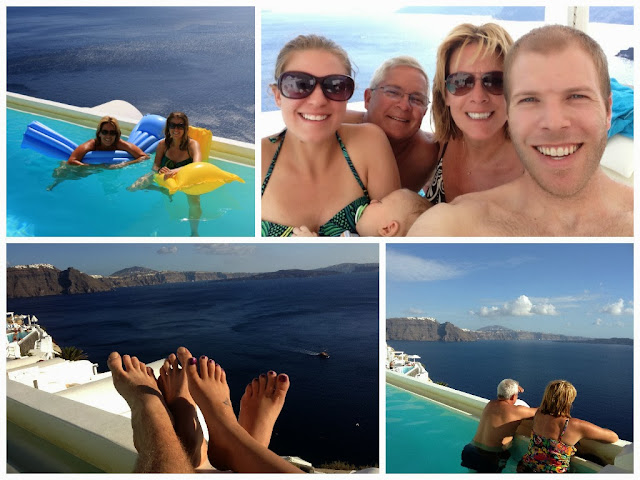 ...and enjoying Greek cuisine (which I have a new appreciation for!).  Tomato Balls recipe coming soon. 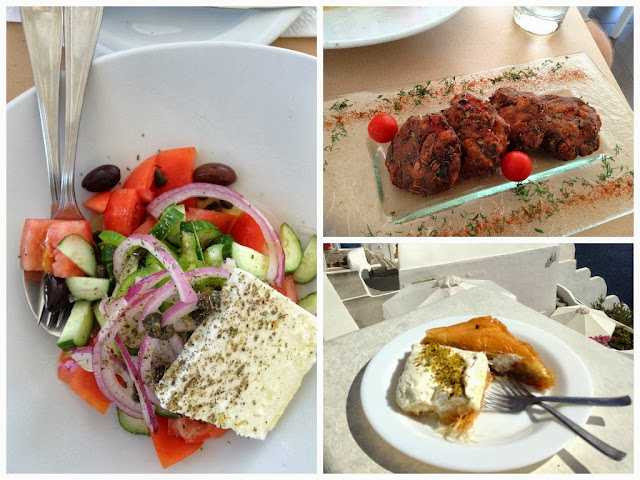 Greek salads in Greece are amazing, but the most amazingly different tasting of all is the Greek Yogurt. So creamy and delicious, add a little honey and you have dessert.  I will forever dream of that Greek Yogurt...and Santorini.

Santorini we will miss you. 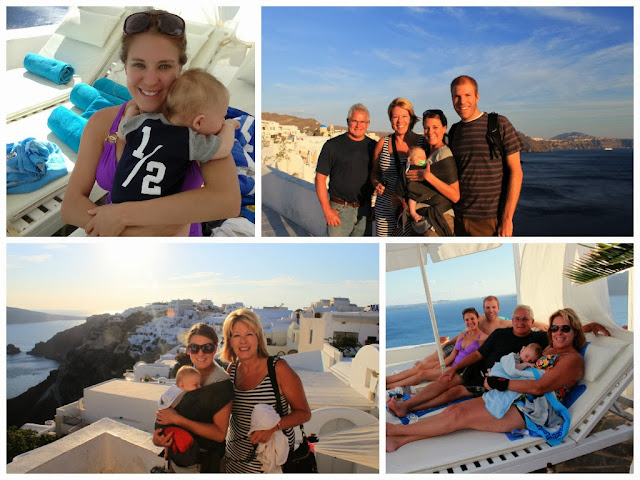 Pin It
Email ThisBlogThis!Share to TwitterShare to FacebookShare to Pinterest
Posted by aglobetrottersfare at 9:53 PM