Pin It If you have ever been to Belgium you have tried it.  The famous Speculoos Cookie.  Typically served with your espresso or cafe au lait is an individually wrapped Speculoos cooking (or two, if you are lucky!). 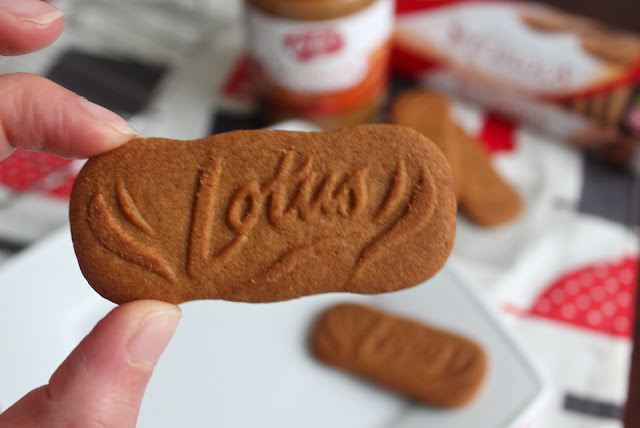 It's similar to a gingerbread cookie with a warm cinnamon-y & ginger spice, yet not quite as strong.  In Belgium you can find Speculoos everything from ice cream to beer.  Yes, I tried a speculoos flavored beer at a Christmas beer festival last year.  Let's just say I prefer my Speculoos in the form of ice cream, biscuit and especially these Speculoos CheeseCupCakes! 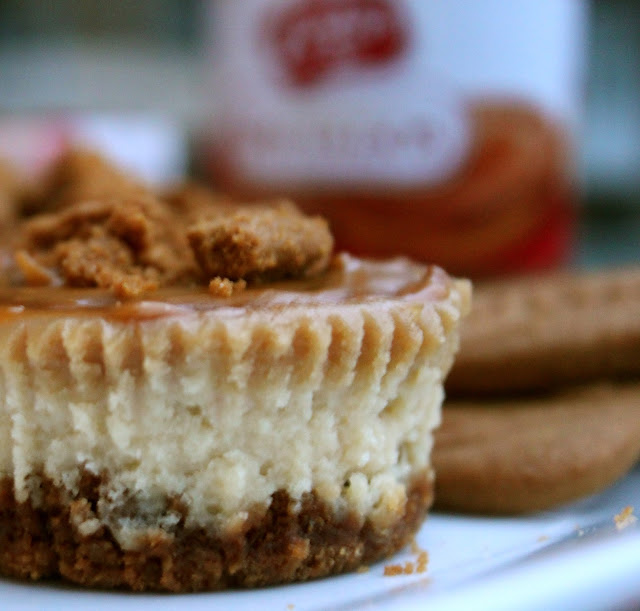 These individual Speculoos Cheesecakes are to die for.  Speculoos paste is the perfect cheesecake partner.  Move over graham cracker crust, hello Speculoos. 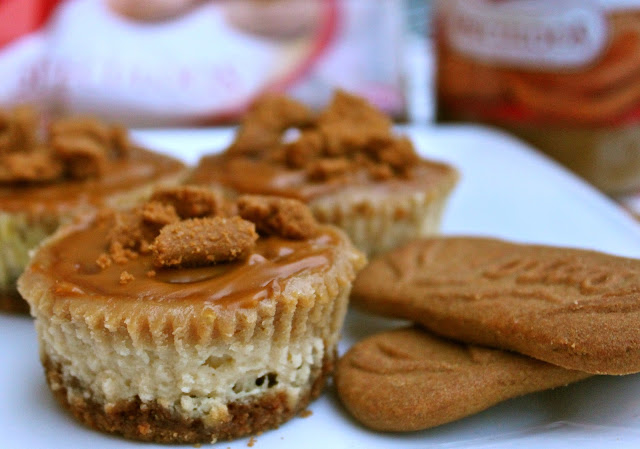 The best part is that they come together in a snap.  Now all you need to do is to go out and get yourself some Speculoos paste (hopefully that won't be too difficult!).  Trust me, tt's the new Nutella.  However, f you want to stick to Nutella because you can't find the ultra creamy Speculoos paste, I have you covered there, too.  You can try my Nutella Cheesecake Cupcakes, which are equally as decadent!  (Edited note:  After doing a little googling, I found the Trader Joe's has a Specuoloos Cookie Spread.  Not the same brand, but normally Trader Joe's doesn't dissappoint.  Click here for the details!) 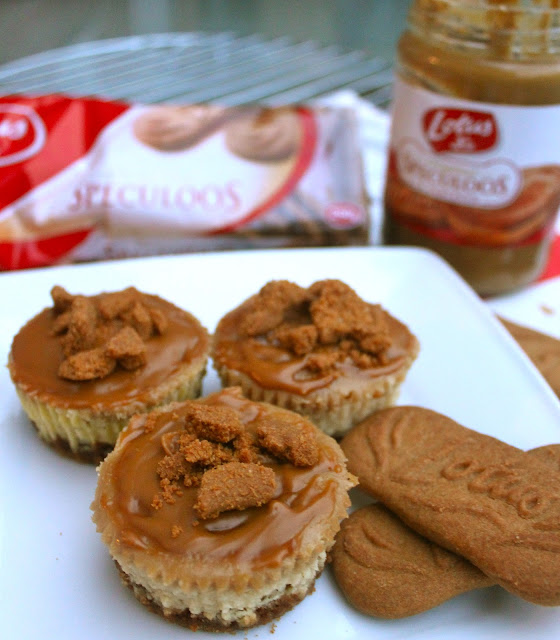 Preheat oven to 325 F (163 C).  Crush Speculoos using a food processor or mortar and pestle (anything will do, just crush those bad boys).  Add the butter.  Blend until uniform.  Layer a cupcake tin with 12 cupcake liners.  Spoon a spoonful of the crust in each liner.  Smoosh down with a small glass (or pestle).

Put the cream cheese and sugar in a small mixing bowl.  Mix together until smooth.  Add the eggs and flour.  Beat until mixture in uniform.  Spoon 1/2 of the cheesecake mixture over the crust.  Smooth the top with the bottom of a spoon or butter knife.  Add the Speculoos to the remaining cheesecake filling.  Layer over the first cheesecake layer.  Smooth the top.  Bake for 20-25 minutes, until set.  Cool on a wire rack and chill.

Frost with a layer of Speculoos Paste.  Top with chopped Speculoos and serve.  Enough Speculoos for you?  Trust me you won't be able to get enough. 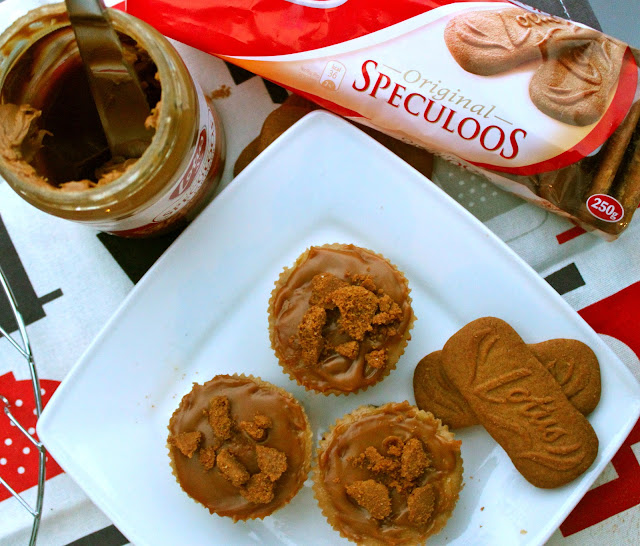 Pin It
Email ThisBlogThis!Share to TwitterShare to FacebookShare to Pinterest
Posted by aglobetrottersfare at 8:53 PM

Can I get that paste in the US do you know?

Hey Reb! I have to think it's possible, but may not be easy! Maybe a birdie can bring you a jar for Christmas if you really want to try it! :)

Hello! Can I do this as a cake? Thanks!